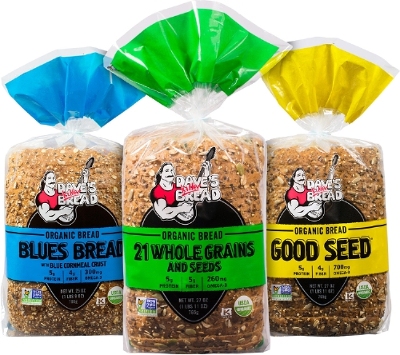 US-based producer of packaged bakery goods Flowers Foods has completed the acquisition of Dave’s Killer Bread for around $257m in cash.

Said to be the best-selling organic sliced bread in the US, Dave’s Killer offers 17 varieties of whole grain organic bakery products that are available across the US and Canada.

Dave’s Killer recorded a compound average revenue growth rate of 32% over the past three years, and sales are expected of up to $170m in the 2016 fiscal year.

Dave’s Killer will now operate as an independent subsidiary of Flowers Foods.

Flowers Foods president and CEO Allen Shiver said: "Flowers’ resources will allow more consumers to find Dave’s Killer Bread in their markets, and with the deal now completed, we can begin working together to make that happen.

"We are firmly committed to staying true to the recipes, baking process, and other factors that have made Dave’s Killer Bread the best-selling organic bread in the US."

The company signed a deal for the transaction in August. It used existing revolving credit facility and available cash to finance the deal, and expects the transaction to be neutral to fiscal 2015 earnings.

Flowers Foods was advised by Deutsche Bank on the transaction, while Dave’s Killer is represented by Davis Wright Tremaine.

Georgia-headquartered Flowers Foods operates a number of bakeries across the country, and generated revenues of $3.75bn in 2013.

Earlier this month, the company agreed to acquire Alpine Valley Bread, a producer of certified organic and all natural breads, for $120m in cash and stock.