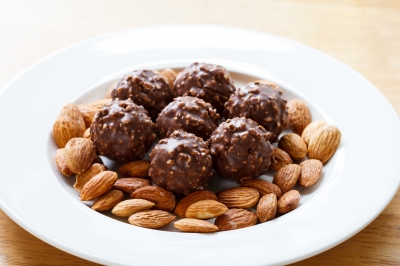 Ferrero Rocher, the Italian chocolate manufacturer, has plans to invest Rs3.67bn ($56m) in India, which is thought to be its biggest investment in the Asian country.

The investment will be used to revamp its manufacturing facility, as well as expand and strengthen its distribution network.

The firm forayed into India seven years ago, and owns popular brands such as Kinder Joy chocolates and Nutella chocolate-hazelnut spread.

In the premium chocolate category, it is ahead of India’s leading chocolate maker Mondelez, and in terms of revenues, it ranks close to Nestle’s chocolate unit, with annual sales reachijng over Rs10bn ($153m).

Ferrero India spokewoman was quoted by the Economic Times as saying: "Ferrero is expanding its production facility at Baramati Maharashtra and strengthening its warehousing and distribution in India.

"We will continue to invest in the Indian market and have a long-term commitment to India."

"Ferrero is expanding its production facility at Baramati Maharashtra and strengthening its warehousing and distribution in India."

Indians annually consume around 117g of chocolate per person. While this figure is considered to be the least among emerging markets, and almost ten times less than other developed economies, India’s huge market size makes it attractive for chocolate makers such as Ferrero.

Ferrero’s expansion strategy will put pressure on its competitors in the premium gifting segment, especially during a festive season such as Diwali, when people exchange sweets.

Earlier this month, Ferrero unveiled a new brand identity and packaging for its premium chocolate brand Ferrero Rocher in the country.

The new packaging comes with a QR Code to help consumers understand the ingredients and process that goes into the manufacture of Ferrero Rocher products.