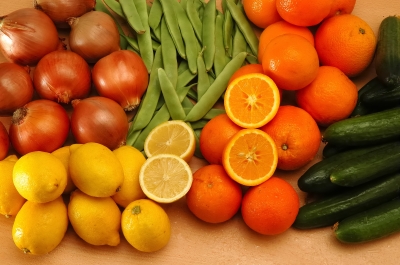 The European Parliament has rejected a draft law that would allow member states to put a restriction or impose a ban on the sale and use of EU-approved GMO foods or feed in its territories.

The proposal was tabled by the EU Commission on 22 April.

Members states are concerned that the law might not work or may lead to reintroduction of border checks between countries that are in favour of GMOs and those that are not. They called on the Commission to put in a new proposal.

Giovanni La Via, who chairs the 751-seat assembly’s environment panel, said: "Today’s vote gave a clear signal to the European Commission. This proposal could turn on its head what has been achieved with the single market and the customs union."

The move to reject the proposal was approved by 577 votes to 75, with 38 abstentions.

"Over the last few months, serious concerns have been expressed about the lack of any impact assessment, the proposal’s compatibility with the single market, and also whether it is actually feasible."

"Over the last few months, serious concerns have been expressed about the lack of any impact assessment, the proposal’s compatibility with the single market, and also whether it is actually feasible. There was no evaluation of the potential consequences or of other available options," La Via added.

"I believe that this proposal could have negative consequences for agriculture in the EU, which is heavily dependent on protein supplies from GMO sources. It could also have indirect negative effects on imports. Finally, there are concerns over whether this proposal could even be implemented, because there are no border controls in the EU," he concluded.

The proposal was recommended to be modelled on the lines of another EU law on cultivation of GMOs, which was implemented in early April 2015. This law allows member states to ban the cultivation of EU-approved GMOs on their territory.

As GMO trade crosses borders, a national ban on ‘sales and use’ of GMOs would have been difficult to implement without having border checks on imports.

The US Government stated that the draft law would have allowed EU member states to ignore "science-based safety and environmental determinations," and ultimately led to fragmentisation of the European market. Further, it was not aligned with the present trans-Atlantic negotiations for a free-trade deal.

Image: A draft law that enables EU member states to put a restriction or ban on sale and use of EU-approved GMO foods has been rejected. Photo: Courtesy of Suat Eman/FreeDigitalPhotos.net.