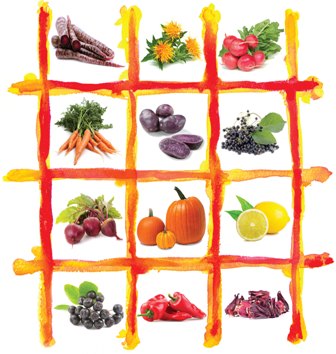 DDW, The Colour House, has purchased the KleurCraft line up of colouring foods, custom formulations and associated technology from SVZ International.

The financial details of the deal have not been divulged.

DDW is a global manufacturer of natural colours, caramel colours and burnt sugars.

The acquisition enables DDW to expand in the growing ingredient segment of colouring foods, as well as bolster its solutions across multiple platforms for customers.

Without utilising the process of selective extraction, colouring foods are produced from fruits, vegetables, and edible plants, and there is no E-number requirement in the European Union.

A sourcing agreement between SVZ and DDW will align the former’s expertise in agronomy, fruit and vegetable cultivation, and juice processing, with the latter’s colour proficiency, applications competence, and sales channels.

DDW chairman and CEO Ted Nixon stated: "The addition builds on DDW’s global supply capability and broadens the range of both simple and custom colour solutions for customers.

"Opening a natural colour manufacturing site in Ireland back in April also speaks to continued momentum as we celebrate our company’s 150-year anniversary."

"The addition builds on DDW’s global supply capability and broadens the range of both simple and custom colour solutions for customers."

DDW, which has nearly 150 years of colour expertise, aims to enhance the visual appeal of food and beverages.

The firm runs 11 production sites on five continents and serves customers in 100 countries.

In April, the firm opened a new natural colour production facility in Ireland, and last month, it announced the opening of a new specialty colour facility in Louisville, US.

Based in Breda, the Netherlands, KleurCraft was a unit of SVZ International, which is into fruit and vegetable business, and a part of the Royal Cosun group of companies.