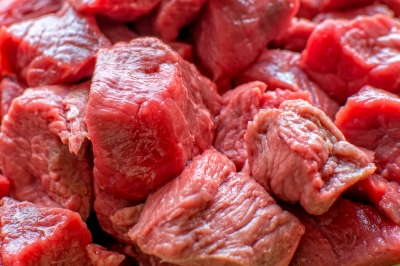 Consumption of red and processed meat can cause cancer in humans, according to the cancer agency of the World Health Organization, International Agency for Research on Cancer (IARC), which evaluated the carcinogenicity of the meats.

These findings could bolster the argument for a plant-based diet.

The French-based cancer agency classified processed meat products, such as hot dogs, ham, sausages, corned beef, biltong or beef jerky, canned meat and meat-based preparations and sauces under Group 1, a list that indicates that there is enough proof of risk of cancer, and currently includes tobacco, diesel fumes and asbestos.

Processed meat, according to the IARC is meat that has been transformed through salting, curing, fermentation, smoking, or other processes to enhance flavour or improve preservation. Most often contain pork or beef, though some may also contain other red meats, poultry, offal, and meat by-products, such as blood.

On the other hand, red meat, which is referred to as all types of mammalian muscle meat, such as beef, veal, pork, lamb, mutton, horse, and goat, has been listed under group 2A category.

Group 2A classification indicates that there is ‘limited evidence’ to show that red meat causes cancer. This category currently includes glyphosate, an ingredient commonly used in weedkillers.

For the study, the IARC formed a working group of 22 experts from ten counties under its Monographs programme. The IARC working group considered more than 800 studies that investigated links of over a dozen kinds of cancer with the consumption of red meat or processed meat in several countries and populations.

After a thorough review of the accumulated scientific literature, the experts categorised the consumption of red meat as probably carcinogenic to humans, based on limited evidence that its consumption causes cancer in humans and a strong mechanistic evidence supporting carcinogenicity.

The working group primarily found an association between red meat consumption and colorectal cancer; however, corrolations were also seen with pancreatic cancer and prostate cancer.

The experts concluded that daily consumption of 50g of processed increases the risk of colorectal cancer by 18%.

IARC Monographs Programme head Dr Kurt Straif said: "For an individual, the risk of developing colorectal cancer because of their consumption of processed meat remains small, but this risk increases with the amount of meat consumed.

"In view of the large number of people who consume processed meat, the global impact on cancer incidence is of public health importance."

"At the same time, red meat has nutritional value. Therefore, these results are important in enabling governments and international regulatory agencies to conduct risk assessments, in order to balance the risks and benefits of eating red meat and processed meat, and to provide the best possible dietary recommendations."

However, the meat industry has slammed the WHO report.

Playing down the IARC’s findings, the UK farming industry-funded Agriculture and Horticulture Development Board nutrition manager Maureen Strong was quoted by the Guardian as saying: "The International Agency for Research on Cancer isn’t saying red and processed meat as part of a balanced diet causes cancer; no single food causes cancer. Nor is it saying it is as dangerous as smoking. The IARC itself has said that the risk from processed meat remains small."

The US-based National Cattleman’s Beef Association said that cancer is a complex disease and cannot be attributed to any one cause, such as red meat.

Even as the debate surrounding the report continues, private label product lifecycle management (PLM) software company Trace One stated that food companies will have to take steps to alleviate consumer concerns.

Trace One global sales SVP Shaun Bossons said: "To ensure they retain consumer trust, retailers and manufacturers must be certain that they are completely transparent about what products include processed meat, and to what extent. Beyond this, they also need to communicate this information to shoppers, we may be facing a future where processed meat needs to have the same prominence on labelling as nuts.

"To ensure they keep pace, retailers, manufacturers and suppliers must be able to quickly and accurately share and act on information across the entire supply chain. Individual retailers and brands will need to decide just how they create and present their products in the wake of this news, but they should be certain that they are still giving consumers the information they need to make an informed choice."

Image: Consumption of red meat and processed meat can cause cancer in humans. Photo: Courtesy of Dan/FreeDigiatlPhotos.net.