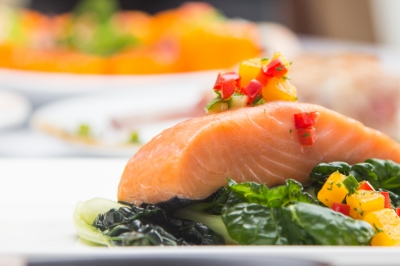 China has imposed a ban on whole head-on salmon from three Norwegian counties, amid concerns that viruses carried by the products could threaten its fish farming industry.

A letter from China’s General Administration of Quality Supervision, Inspection and Quarantine (AQSIQ) to Norwegian authorities stated that imports from Sor-Trondelag, Troms and Nordland would be banned from 23 March.

According to a Xinhua report, the letter stated that China was imposing the ban as it had found viruses that could cause infectious salmon anaemia (ISA) in ten batches of salmon imported from the three Norwegian counties since last summer.

Although China would continue importing whole salmons from other regions in Norway, they will now only be allowed into the country if accompanied by certificates with new content, including guarantees that the fish is free of ISA viruses or salmonid alphaviruses (SAVs).

Want China Times reported that the country will also introduce stricter tests for the presence of ISA viruses in all salmon imports from Norway, and in case of problems, new measures will be taken.

"The Chinese are worried about the health of their fish. They have created a risk evaluation to which we have not been given access."

News in English reported that salmon from these three counties accounted for a fifth of Norway’s total salmon exports to China, which was valued at Nkr3.2bn last year.

China has imposed the ban despite documentation from Norwegian food safety authorities that the Norwegian salmon adheres to all international demands.

Mattilsynet, Norway’s food safety agency, Kristina Landsverk said: "We’re doing what we can to resolve this situation. The Chinese are worried about the health of their fish. They have created a risk evaluation to which we have not been given access. The best would be if we could sit down with them and go through the material, but it’s been problematic to establish contact."

Image: China has imposed a ban on the import of whole salmons from Norway’s Sor-Trondelag, Troms and Nordland. Photo: courtesy of tiverylucky/freedigitalphotos.net.