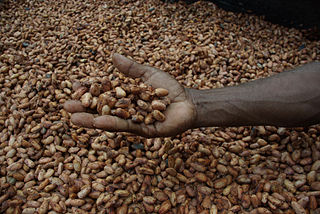 Cargill’s cocoa and chocolate unit and Mondelez International have introduced a two-and-a-half-year programme to bolster the livelihood of cocoa farmers with smallholdings, as well as to encourage sustainable agricultural practices in Indonesia.

The companies expect that the programme will benefit 6,000 farmers and their families in the Kolaka and Kolaka Timur districts of southeast Sulawesi, reported Foodingredientsfirst.com.

Part of the Green Prosperity Sustainable Cocoa Production Partnership (GP-SCPP) national initiative, which is led by Swisscontact in Indonesia, the programme is supported by a grant from the Millennium Challenge Account, which has provided funds to match with that of Mondelez and Cargill.

Cargill Southeast Asia Cocoa Life manager Andi Sitti Asmayanti was quoted by the website as saying: "After a successful first collaboration with Cargill in Indonesia in 2014, we are very excited to be working in partnership again on a large scale project in Indonesia.

"Mondelez International plans to reach 40,000 farmers in Indonesia, and we believe this project will be a major step forward in reaching this commitment."

"Through Cocoa Life, Mondelez International plans to reach 40,000 farmers in Indonesia, and we believe this project will be a major step forward in reaching this commitment, and supporting cocoa farmers and communities to thrive."

The programme is expected to provide training in sustainable farming practices in order to boost productivity and reduce carbon footprint.

As part of this programme, Mondelez Cocoa Life will tie up with an NGO to empower cocoa communities.

This programme is aimed at securing farmers’ livelihoods and ensuring the supply of cocoa in the long term.

Since 2014, Mondelez and Cargill have been working together to help farmers in Sulawesi in order to push Indonesia as a leading producer of sustainable cocoa.

Earlier this year, the two firms inked a formal partnership agreement to support the Cocoa Life programme of Mondelez International.