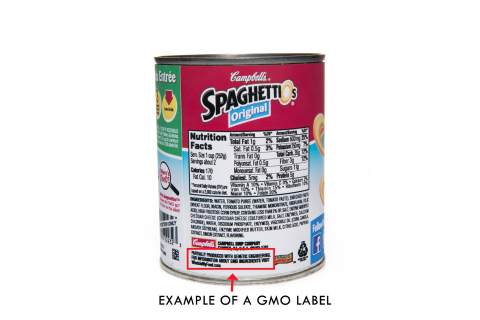 Campbell Soup Company will begin disclosing genetically modified organisms (GMOs) in packaging of all its products sold in the US. This move will make it the first big food company to react to increasing consumer demands for transparency about genetically-modified ingredients that are used in food.

The firm also lent its support for the enactment of federal legislation to set up a national-level mandatory labelling standard for foods derived from genetically modified organisms (GMOs).

Campbell has also come out in support of a national standard for non-GMO claims.

"Around 75% of Campbell’s portfolio is comprised of ingredients drawn from GMOs."

Due to its decision to support mandatory national GMO labelling, Campbell stated that it will withdraw from all efforts led by groups opposing mandatory GMO labelling measure.

The company, however, stated that it continues to oppose different labelling laws for different states, which would turn out to be incomplete, impractical and cause unnecessary confusion among consumers.

As a result of growing concerns about the health and environmental impact of GMOs, several activists have been urging companies to be transparent about the use of GMO ingredients. However, several big companies have been opposing such demands and have spent millions of dollars to defeat GMO-labelling measures in states such as Washington, California, Oregon and Colorado, reported Reuters.

Reuters cited California state election data, that firms such as Monsanto, DuPont, and Syngenta spent more than $21.5m to help defeat a labelling proposal in 2012.

Despite the mounting efforts of some companies, Vermont became the first state in the US to pass a law that requires food companies to display GMO labels on their products. This law will be impelented from July this year.

Image: This label was prepared to comply with pending GMO labeling legislation in the US state of Vermont. Photo: Courtesy of CSC Brands,L.P/Business Wire.