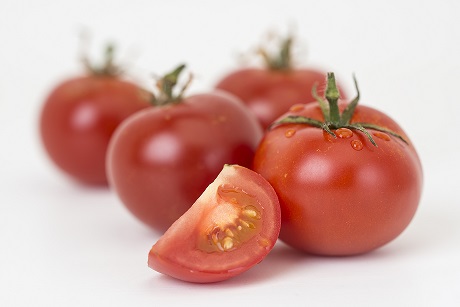 British researchers have found a method to efficiently generate industrial quantities of ailment-fighting natural compounds by growing them in genetically-modified tomatoes.

The scientists of the John Innes Centre have been able to produce compounds, Resveratrol and Genistein.

Resveratrol is commonly found in wine and was found to extend lifespan in animal studies, while Genistein is found in soybean and helps in preventing steroid-hormone related cancers, especially breast cancer.

Researchers, led by Dr Yang Zhang and Dr Eugenio Butelli, have found that one tomato can produce the same quantity of Resveratrol as found in 50 bottles of red wine and Genistein as found in 2.5kg of tofu.

The researchers have been studying the impact of a protein called AtMYB12, which is found in Arabidopsis thaliana, a plant grown in most UK gardens.

They used Arabidopsis thaliana as a model plant for scientific investigation. This protein activates a wide set of genes that help in producing natural compounds that are of use to the plant.

Besides introducing AtMYB12 in tomato plants, they injected genes that encode enzymes specific for making Resveratrol in grape and Genistein in legumes. The researchers found that tomatoes could produce as much as 80mg of novel compound per gram of dry weight, which in turn indicated that industrial scale up is feasible.

As tomatoes are a high yielding crop – producing up to 500 tonnes per hectare, and require few inputs, production of useful compounds such as Resveratrol or Genistein in tomatoes could work out to be more economical than developing artificial compounds in labs or deriving them in small quantities from usual plant sources such as grapes, soybeans, etc.

"Target compounds could be purified directly from tomato juice. We believe our design idea could also be applied to other compounds such as terpenoids and alkaloids, which are the major groups of medicinal compounds from plants."

This research was funded by the BBSRC, the EU ATHENA collaborative project, the Major State Basic Research Development Program (973 Program) of China, the John Innes Foundation, and the DBT-CREST Fellowship.

Image: Tomatoes are a high yielding crop, producing up to 500 tonnes per hectare, and require few inputs. Photo: Courtesy of John Innes Centre.