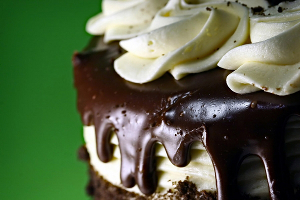 Researchers from Heriot-Watt University and the University of Edinburgh have created a protein that could closely mimic the behaviour of fats during food manufacture.

"The result could be important health benefits, as well as a reduction in the burden on the NHS caused by obesity and other weight-related health problems."

Studying the proteins’ chemical structure and their behaviour when heated or while undergoing other food manufacturing processes, has allowed the team to modify proteins as effective fat substitutes.

"We’ve paved the way for the development of modified proteins that can be used to produce a wider range of appealing low-fat foods."

The team has been particularly successful in using proteins to replace eggs, an ingredient commonly used in bakery products.

Project partner Nandi Proteins will now use the findings from the research to extend its range of proteins with a view to food manufacturers incorporating them in new low-fat products that could reach shops within two years.

The team will also develop a computer model which helps manufacturers to determine how much fat should be replaced with proteins for particular products.

Nandi Proteins chief technology officer Lydia Campbell noted that EPSRC funding allowed the scientific investigation of the underlying science of Nandi technology, adding that the outcomes will add to the confidence with which the technology can be deployed across the UK and worldwide.

"The outcomes of this research will also serve to broaden the innovation of our product range, and to compete with international companies," said Campbell.

Image: Great tasting low-fat cheeses and cakes could soon be on the menu. Photo: courtesy of the Engineering and Physical Sciences Research Council.