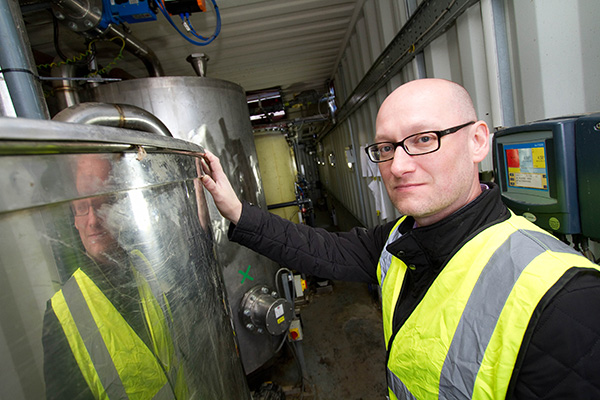 UK food manufacturer 2 Sisters Food Group has started up a bio-refinery plant that produces power from potato waste arising from the mashed potato and pie manufacturing lines at its factory in Carlisle, UK.

Claimed to be the first waste-powered plant of its kind in the world to be used in a food facility, it could potentially cut the company’s carbon footprint by 20% by 2018.

2 Sisters sustainability director Andrew Edlin said: "The bio-refinery is a world-first for the food industry, using a new type of super-efficient technology to generate energy from potato waste.

"We are looking to use this system to open up to ten further energy plants at other 2 Sisters factories over the coming three years, using potato and other food waste to generate energy and steam."

"We are looking to use this system to open up to ten further energy plants at other 2 Sisters factories over the coming three years."

The four-storey energy plant will convert potato waste arising from the factory’s mashed potato and pie manufacturing lines into power. If the potato power plant proves to be a success, the company expects to roll out the technology to its other 43 factories.

When the potato-powered energy plant becomes fully operational, it will produce 3,500MWh of electricity, which is equivalent to the average annual electricity use of around 850 homes in the UK, and around 5,000MWh of steam every year.

Once all the bio-refineries are installed, the company expects to make 35,000t of carbon savings annually, and cut 20,000 lorry trips that would have been used to remove waste.

Earlier this month, the company announced its plans to invest £55m in its meals solution division, which is focused on own-label products, and produces ready meals, soups and sauces for Marks & Spencer out of four factories; namely Pennine Foods in Sheffield, Rogerstone in South Wales, Carlisle, and Grimsby.