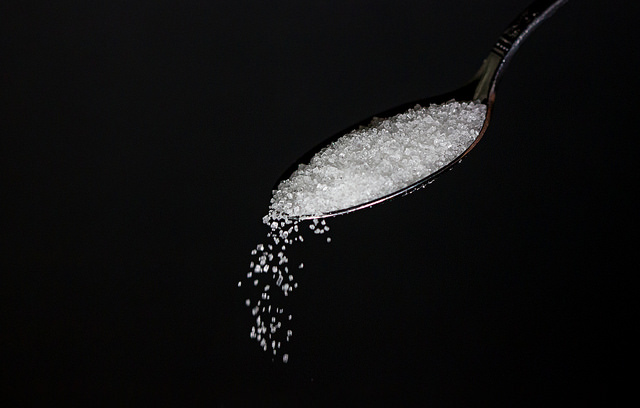 Image: Brands have faced heavy criticism over the use of added sugars in food products. Photo courtesy of Gunilla G

Over the past few months a dramatic shift has taken place in the food industry. After years of being demonised by lobbyists and the media, saturated fat fell to the sidelines and a new public enemy number one took its place: sugar.

Demands ranging from calls to increase the price of sugary treats making them too expensive for children, to appeals to restrict the amount of advertising of foods with added sugar, began to dominate the headlines as the amount of sugar in various products fell under scrutiny.

The sugar industry has already taken a big hit in the UK in the form of the sugar tax, which was included in the 2016 Budget. Backed by high profile celebrities, most prominently Jamie Oliver, the tax will penalise products with total sugar content above 5g, but formed only a small serving of the backlash that sugar faces in the media.

While cane sugar faced trial-by-media, quickly escalating from an attack on just sugar to one against hidden and added sugars, alternatives such as stevia gained momentum in the food and drink industry. However, none are yet capable of filling the space left by cane sugar as European Union health and food safety commissioner, Vytenis Andriukaitis noted: “There are a wide range of ingredients available and different options will be more suited to different areas. The important consideration to make is that there isn’t one ingredient, which will fulfil all requirements and perform with the same characteristics of sugar.”

White gold: what spurred the recent backlash against sugar?

But arguments against sugar are not a new phenomenon. In 1972 British nutritionist John Yudkin published his book Pure, White, and Deadly, an expose that called attention to the dangers of excess sugar in our diets, while similar debates emerged in 2009. Sugar has always existed in some way, shape or form, so what has caused this sudden demonisation?

“By definition, sugars themselves are not changing on a molecular level, however our perception of sugar has been changed dramatically in very recent times by a complex mixture of primary research findings, high profile scientific review of the current evidence, such as the 2015 UK Scientific Advisory Committee on Nutrition (SACN) report on carbohydrates and health, and critically, the effect of press and lobbyist attention on the findings of these studies on public and consumer opinion,” explains Rachel Gwinn, a product development scientist for Campden BRI.

The pushback against sugar comes as consumers have begun to take a greater interest in what makes up their food and diets. The health-conscious took umbrage with not only how much sugar was put into processed food, but just how many products included added sugars. High-fructose corn syrups – used to make food more palatable – are found in a myriad of everyday foods that consumers may not necessarily associate with sugar, from bread to stir-fry sauces, as well as low-fat meals. And as the umbrella of sugar became increasingly demonised, the industry struggled to respond to the barrage of information.

"There is no process that can label sugars as ‘bad’ or ‘good’."

“In real terms, sugar is therefore only becoming a problem ingredient because the consumer is becoming acutely aware of sugar in the diet, and this is likely to be largely due to recent press and lobbyist attention, which may not provide the clearest or most well-evidenced public health advice,” says Gwinn's colleague, nutrition specialist Fraser Courts. “In turn, this has spurred the food and drink industry into taking steps to reduce sugar in a raft of product categories, which makes sugar a problem ingredient for industry.”

Current legislation that specifically limits sugar inclusion or occurrence in foods is largely absent. And where it is planned, the legislation only covers a small category of products. This uncertainty over the future of sugar and the mistrust by consumers of foods containing sugar has led to an opening in the market for sugar substitutes. The sugar substitutes market has formed an important part of the sugar industry for many years and it is currently being driven by the rising demand for different varieties of sugar alternatives, including high-intensity sweeteners, low-intensity sweeteners and high-fructose syrup in food products. However, these do not necessarily offer a healthier alternative to standard table sugars.

Sugar addiction has been widely discussed as part of the push for regulation reform, being separately likened to a physical addiction similar to the effects of drug use, as well as psychological addictions such as gambling. And it is difficult to needle out the hyperbole from the nutritional fact. However, despite many headlines dominating the front pages of major newspapers, sucrose and fructose themselves cannot be categorised into ‘bad’ or ‘good’. They form a vital and unavoidable part of our diet, providing energy that is essential for healthy body function in day to day life.

“There is no process that can label sugars as ‘bad’ or ‘good’; they are all chemically absolutely identical, regardless of their source” explains Gwinn. “In fact, it’s the dietary context in which the sugars occur that can be perceived as either ‘good’ or ‘bad’. The source of these sugars can contain many other beneficial nutrients, such as in the case of fruits and vegetables where sugars occur in abundance.”

"Sugars themselves are not changing on a molecular level, however our perception of sugar has been changed dramatically."

While perfectly fine in their natural habitat – combining with a number of other components to offer energy and nutrients in a single foodstuff – when these naturally-occurring sugars are removed from their plant source and placed in a product such as a snack bar, much of the nutritional value of the fruits and vegetables is removed, and in some cases is largely absent.

According to Gwinn and Courts, the degree of difficulty required to reduce or remove sugars depends on the number of functions that sugars play within products and the significance of these functions; for example the enhancement of flavour, reduction of water activity, texture and volume. Regulatory constraints also impact how food manufacturers are able to respond to the sugar backlash. When reducing the total sugar content of products there are a number of different ingredients that can be used, but many of these fall under specific regulatory constraints. Sweeteners, for example, which fall under food additives regulation, can only be used in specific product categories, at certain levels and generally only in products which have ‘no added sugars’ or are ‘reduced energy’. Another hurdle for the food industry is consumer perception of the ingredients used to replace sugars, as health-conscious consumer groups demand more ‘clean label’ or natural products. Many of the alternative ingredients used when replacing or reducing sugars would not be viewed as such.

While forcing labelling transparency and limiting the amount of products full of refined sugars is an enticing method of curbing our national sweet tooth, there is also a responsibility on the part of the consumer to understand what they are eating. In moderation sucrose, fructose and glucose will not have a detrimental effect, however, if consumers engage in a high-sugar diet then it all adds up. But if you eat chocolate bars expecting to find high nutritional values, then you’re looking in the wrong place.