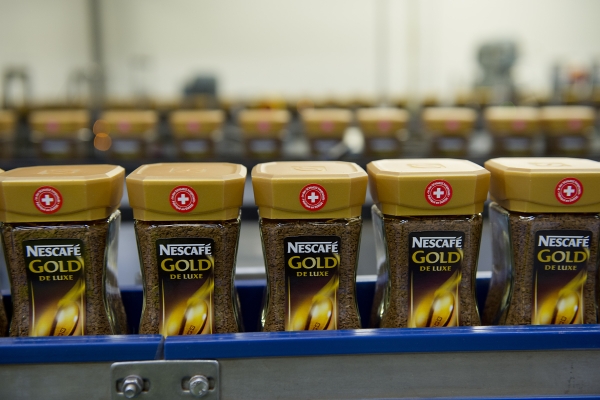 As an industry mainly predicated on the export of goods from rural regions for consumption in wealthier markets, the world of coffee production is no stranger to the debate on sustainability and trade ethics.

Coffee has been at the forefront of the fair trade movement that has become increasingly prominent in the last 15 years, aiming to address the inequalities that collectively give priority to corporate profits over sustainability and a fair share for local producers.

But, as evidenced by the many criticisms of fair trade schemes – most notably that the excess profits get lost in the supply chain, rather than reaching their intended beneficiaries – the goal of sustainable, ethically-produced coffee is unlikely to be reached under a single banner.

Beneath the rhetoric must lay well-considered programmes that acknowledge the issues facing different coffee-growing regions, as well as robust sustainability policies from the massive corporations that are these regions’ biggest customers.

"Nestlé incorporates sustainability as a fundamental pillar of its business."

Swiss food and beverage giant Nestlé has taken a particularly proactive approach to its own coffee sustainability and ethical practices. Under the umbrella concept of ‘Creating Shared Value’, the company has consistently worked to incorporate sustainability as a fundamental pillar of its business.

Specific coffee-related projects launched in recent years include the Nestlé Cocoa Plan, initiated in October 2009, and Nespresso’s AAA Sustainable Quality Programme, one part of the three-point Ecolaboration scheme to overhaul farming and production, as well as improve environmental performance across the supply chain.

These programmes, alongside many others, have helped Nestlé claim the top spot for the food and beverage industry on the 2013 Dow Jones Sustainability Index with an economic, environmental and social score of 88%, double the industry average.

The company’s concerted effort to make its coffee production leaner, greener and ethically cleaner has also been announced as the winner of Inside Drinks’ Outstanding Performance in the Beverages Industry Award for 2013.

Perhaps the most influential of Nestlé’s recent ethical coffee programmes is the Nescafé Plan, launched globally in August 2010 with the accompanying slogan ‘Beyond the Cup’, aiming to improve social and environmental performance in the three main areas of the Nescafé brand’s operations – farming, production and supply, and consumption. The plan covers the wide geographical range of the company’s suppliers, from South America and Africa to south-east Asia.

Nescafé has set significant goals to achieve by 2015. Most fundamentally, the company wants to increase its control of coffee supply and therefore the standards by which it is produced. The company plans to double the amount of coffee purchased directly from farmers and their associations, bringing the total to 180,000 tonnes of coffee bought from 170,000 farmers.

"Nestlé works with nearly all of the sustainability standards around the world."

This level of direct-purchase control has allowed the brand to set sustainability standards for the coffee it buys from farmers. These standards are defined with the help of expert partners such as the Rainforest Alliance and the Sustainable Agriculture Network (SAN), as well as the 4C Association – the four Cs being the Common Code for the Coffee Community – of which Nestlé is a founding member.

By 2015, Nescafé wants to ensure that all directly-purchased unroasted coffee beans comply with 4C sustainability standards.

"The 4C Code of Conduct provides the criteria for the baseline entry point for farmers towards sustainability and allows for continuous improvements," explains Kate Power, Nestlé’s marketing manager for Nescafé Sustainability & Health.

Power emphasises the importance of working with national and international organisations on its programmes.

"The Nescafé Plan is open and inclusive. We are partnering with the Rainforest Alliance and SAN because as organisations we share the same commitment to agricultural excellence and sustainability in coffee. This does not preclude other partnerships with NGOs who share our ambition for the coffee sector. Nestlé works with nearly all of the sustainability standards around the world and we believe they all have a role to play and bring different areas of expertise."

"It’s important that we work with local organisations to understand local issues."

Along with setting standards, Nescafé has committed to providing significant material resources to farmers around the world, including the distribution of 220 million high-yielding, disease-resistant coffee plantlets by 2020 with the co-operation of local organisations, as well as more wide-reaching training programmes.

In Colombia, which is a particular focus for Nescafé UK, the company has worked with the Colombian Coffee Growers Federation (FNC), planting new trees and increasing the number of its local agronomists to provide free training.

"Since the introduction of the initiative, up to June 2013, Nescafé has provided over 12 million high-yield, disease-resistant coffee trees and training in good agricultural practices to over 6,000 coffee farmers in Colombia," says Power.

The drive for better technology and production practices is supported by new coffee centres of excellence being built. Most recently Nescafé opened a new technology and training centre in the Philippines in July 2013, to improve coffee quality and help local farmers catch up with demand for their product. The facility also aims to become a major supplier of seedlings for local farmers at cost price, and it’s hoped that around 3,500 farmers will use the centre for seedlings by 2020. A similar coffee hub is planned for China’s Yunnan province.

"For example, in Colombia many farmers are faced with ageing coffee trees. Once coffee trees get past a certain age, the volume of coffee beans they produce significantly declines and they may become susceptible to disease such as leaf rust. This in turn affects yield and quality of their crop. They therefore need to periodically replace old coffee trees with new, more disease-tolerant ones, but this can be a challenge for a farmer with low cash flow or if they lack access to training."

Ultimately, projects such as the Nescafé Plan and Nespresso’s AAA programme aim to live up to Nestlé’s ‘Creating Shared Value’ credo – if farmers are better compensated and have better access to technology and training, there are knock-on effects for natural biodiversity and, of course, the sustainability of Nestlé’s bottom line, creating a cycle of benefits for everyone involved.

"Nestlé utilizes over 800,000 tonnes of green coffee every year, a little over ten percent of the world’s supply," Power concludes. "We need the best quality coffee beans to deliver the great Nescafé coffee taste our consumers love. We need to secure the long-term supply of coffee and this gives us an opportunity to engage with a new generation of farmers by making coffee farming financially attractive."

From Big to Bug Mac – the edible insect phenomenon

With the world population due to hit nine billion in 2050, feeding the world may well rest on a six legged diet.

Track and trace security to stamp out a food scandal

The recent horsemeat scandal highlighted that retailers are unaware of much of what goes on in their increasingly complex supply chains.