European food processor Arla Foods Ingredients invested €38m in setting up a new factory in Denmark to meet the increase in demand for whey protein hydrolysates.

The factory will be built next to Arla’s existing whey protein facility in Videbæk, Denmark. The company is also building a new lactose factory at the same location.

The whey protein factory is scheduled to start operations from the end of 2016. 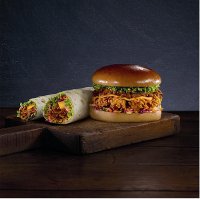 In its biggest menu overhaul in the past 20 years, KFC added a number of slow cooked pulled chicken products to its range.

The company has launched the new range ahead of the company’s 50-year anniversary, to provide customers with greater choice. The new menu will include dishes like Ultimate Burger, Chicken Twister Wrap and lower calorie Lil’ Wrap.

The company stated that the growing acceptance of the UK food market of ‘Americana’ has driven a 35% increase in the number of American and BBQ style dishes served in UK restaurants since 2010.

An independent report by Professor Chris Elliott from Queen’s University Belfast, suggesting that the UK needs a special food police unit to look into crime in the food industry, received backing from the government.

The report, titled the Elliott Review into the Integrity and Assurance of Food Supply Networks — Final Report, uses the Danish and Dutch food crime units, which were set up in 2006 and 2002 respectively, as examples that the UK could emulate.

The Elliott report stems from the 2013 horse meat scandal that rocked Europe, where organised crime was discovered to be substituting cheap quality horse meat for beef in both fresh and packaged products.

A new study by Lloyds Bank Commercial Banking revealed that food and drink sector firms in England plan to create as many as 66,942 new jobs over the next five years.

The report says that the food and drink industry, which generates an annual turnover of about £92bn and employs around 400,000 people, is open to investing, innovating, creating employment opportunities and expanding across the world.

English producers of alcohol, fresh produce and food and drink products were a part of the survey, which was undertaken to study the opportunities and challenges that are faced by these companies. 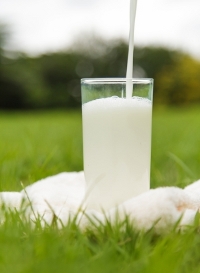 Arla Foods made an outline bid of EGP65 a share for Egypt-based Arab Dairy Products, as it looks to expand its presence outside Europe.

This bid could open a possible bidding war between Arla and an investment group Pioneers Holdings, which is one of Arab Dairy’s top shareholders, owning between 17%-25% of its stake.

The Middle Eastern investment group had put a bid of EGP56 on each of the dairy’s share.

The purchase will make Cargill the complete owner of ADM’s three North American chocolate plants in Milwaukee, Hazleton and Georgetown, and three plants in Europe in Liverpool, Manage and Mannheim.

Seafood labeling and sourcing to become clearer in UK

Labeling and sourcing of sustainable fish in the UK will become clearer with two new codes of conduct recently published by the Sustainable Seafood Coalition (SSC).

SSC, a coalition of major seafood suppliers, brands, supermarkets and restaurants, has agreed to the new codes with the aim of making environmental claims on fish and seafood clearer.

The sourcing code will also ensure responsible sourcing of seafood by suppliers and retailers, as well as adherence to the agreed minimum standards.

Biogen’sGwyriAD anaerobic digestion (AD) plant achieved a certification under the REAL Biofertiliser Certification Scheme (BCS), becoming the first in Wales to do so.

Biofertilisers are a cost effective, environmentally friendly alternative to traditional fossil-based fertilisers imported from overseas. The certification proves that the plant complies with the PAS 110 specification and the AD Quality Protocol.

Certification manager at REAL Ciaran Burns said: "This project is an exemplar for the industry. Working together, the Welsh Government, WRAP Cymru and Biogen, have delivered a plant, which ideally meets the needs of the local authority whilst deriving maximum economic and environmental benefit from the food waste inputs.