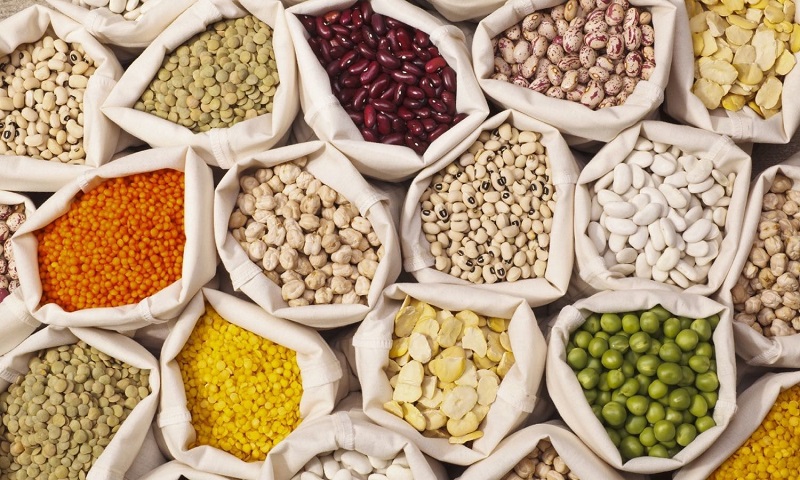 In November 2015, the United Nations (UN) declared 2016 to be the International Year of Pulses (IYP).

The initiative is aimed at encouraging connections between the food chain, in which pulse-based proteins are utilised, as well as raising awareness about the benefits of pulses for health, food security, and the world climate.

Huseyin Arslan, president of the Global Pulse Confederation (GPC) said: "Pulses have great potential to help eradicate hunger, plus tackle many chronic health conditions, such as obesity and diabetes."

With more than 800 million people worldwide suffering from acute or chronic undernourishment, the IYP aims to educate the public about the integral role of these nutrient-dense foods and the part they can play in sustainable agricultural practices.

The Food and Agriculture Organisation of the United Nations (FAO) is collaborating with governments and relevant organisations to highlight how pulses can form the backbone of food production, whilst simultaneously helping local authorities.

By growing pulses, small business owners will have a more stable source of income and crop rotations will be better utilised. "Pulses also offer broader societal benefits. In developing markets, pulses are often grown by smallholders, in particular women.

"Pulses provide these farmers with an additional source of food and income," said Pravin Dongre, GPC's executive vice-president and chairman of the Indian Pulses and Grains Association.

"Boosting global pulse consumption would have the potential benefit of increasing incomes among these families."

Pulses can play a key role in reducing global food system risks brought about by the overreliance on staple crops such as wheat, maize and rice. They have been cultivated by civilisations for over 10,000 years and, on a global scale, there are more than 70 million tonnes of different pulse varieties, including peas, beans and lentils, which are produced.

The dried edible seeds of the legume crops are high in protein, fibre, various vitamins and amino acids and because of their nutritional values, pulses are also part of the 'food basket' used by the World Food Programme in food assistance strategies.

"Increased interest in pulses are also growing in the West."

Serving as a key ingredient in many traditional cuisines, the availability of food pulses across the developing world varies and is highest in sub-Saharan Africa, Latin America and the Caribbean, South Asia and the Middle East and North Africa. According to the UN Food and Agriculture Organisation in sub-Saharan Africa, pulses represent 4% of total calorie intake, yet they are responsible for more than 10% of protein intake. In Burundi, East Africa, pulses represent an impressive 55% of total protein intake.

On the Indian subcontinent, pulses have been a central ingredient of food culture, with India growing and processing more than 17 million tonnes of pulses in 2011 and consuming over 21 million tonnes.

Pulses are traditionally grown in developing countries, which contribute to 70% of pulse production globally with the exception of dry peas. In 2010, the regional distribution of global pulse production was 45.43% in Asia, 19.09% in the Americas, 17.15% in Africa, 14.66% in Europe and 3.67% in Oceania.

In developing countries, smallholder farmers play an important role in growing pulses, because they are mostly grown for their own consumption and to sell locally, in addition to the introduction of improved varieties and better management techniques, pulses have become a valuable source of income.

Increased interest in pulses is also growing in the West with a huge resurgence due to their health properties. Canada and the US are two of the developed countries that are significant growers of pulses and in 2010, the former accounted for 32% of world pea production and 38.5% of world lentil production.

Although pulses are not a staple ingredient in many developed countries, a large proportion of the pulse production is destined for export, with Canada accounting for approximately 35% of global trade per annum, totalling a value of nearly $2.7bn in 2011.

Along with promoting the use of pulses, the IYP is also aiming to draw attention to orphan crops. The GPC says orphan crops could be a solution to global food system risks and a possible investment opportunity for future agricultural research.

'Orphan crops' are crops that are largely grown and used locally by communities. They are not part of the main crops that are traded internationally and which have often been considered staple crops, such as rice or maize.

"Several pulses are considered orphan crops, along with certain types of cereals, fruits, nuts, vegetables, roots, tubers and oil seeds. For example, in Africa, several types of beans such as cowpeas are considered 'orphan crops'," the GPC explains.

However, a lack of commercial use has led to lower levels of research investment around orphan crops, despite them being an important diet competent in many countries.

There has been a call to action for more investment in orphan crops with the hope of other countries following a similar method to the one that Canada has. Canada's pulse production has "grown over 500% since the early 1990s due to investments in world-class breeding programmes to bolster 'orphan crops'.

After creating new varieties that have been adapted to the country's agroecology, Canada has become the second largest pulse producer globally, with excess production contributing $2.2bn in export sales, as of 2009," the GPC comments.

According to the UN, the key messages that will be communicated through the IYP are to inform the public that pulses are highly nutritious, that they have important health benefits, are economically accessible and contribute to food security at all levels, how growing can foster sustainable agriculture and contribute to climate change mitigation and adaptation, and lastly how pulses can help promote biodiversity.

In a statement, they have said that they hope the IYP 2016 will highlight how pulses are leguminous plants that have nitrogen-fixing properties which can contribute to increasing soil fertility and have a positive impact on the environment.

By focusing the attention on the role that pulses play as part of sustainable production and agricultural practices, the goal towards enhanced food security and nutrition moves another step forward on the worldwide scale.