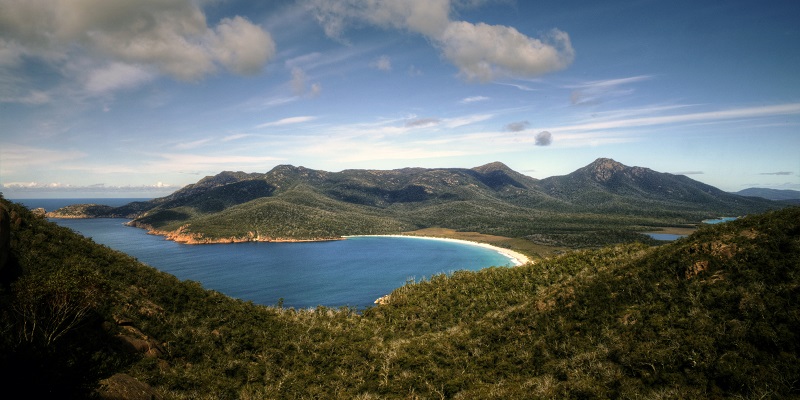 Artisan food preservation – typically smoking or fermenting of meat and cheese, but also pickling of vegetables and fermenting of fish – is an age-old tradition that can be dated back centuries. Drying of foods for preservation can be traced back as early as 12,000 BC in Middle Eastern and Oriental cultures.

Before the advent of electricity and fridge freezers, curing of foods was a basic necessity to preserve the food itself, increasing its longevity and also food security.

Nowadays, food curing has become focused on upholding traditions and enhancing the flavour and texture of food. There are many countries, most notably Spain, Germany and Italy, where curing of meat, cheese and vegetables is a proud tradition booming in popularity today, with decade, even centuries, old recipes still in use.

Australia, not having a traditional history of food curing itself, but inspired by European style cured foods and traditions, has a bourgeoning artisan food curing scene that puts a focus on food provenance and the potential health benefits of curing methods, such as fermentation.

"Before the advent of electricity and fridge freezers, curing of foods was a basic necessity to preserve the food itself, increasing its longevity and also food security."

According to an August 2015 IBISWorld industry report entitled ‘Cured Meat and Small Goods Manufacturing in Australia‘, over the past five years consumers have become increasingly interested in the provenance of their food and the means of its preparation.
This has resulted in a reduced focus on imported food and more emphasis on food that is locally sourced and produced. Often, these are ‘indigenous meats’ such as wallaby, possum, hare, emu and kangaroo, which are abundant in some Australian provinces.

Located in Tasmania, Lenah Wallaby sells prime wallaby cuts, possum, venison, rabbit and hare to restaurants across Australia where it is often cured, usually via smoking, salting or fermentation. Flinders Island Wallabies, which started on an island off Tasmania, also sells prime cuts of wallaby meat, which can be found on the menu at Vue de Monde in Melbourne.

IBISWorld’s report also states that in Australia the growing popularity for low-fat diets is having a negative effect on the traditional small goods industry, which typically supplies ham and bacon that are known to be high in fat. This has provided a boost for artisan suppliers of wallaby and possum such as Flinders and Lenah because wallaby has almost no fat – 2%, in fact – and possum only 1% – 2% fat.

Breeding wallaby, which belongs to the same taxonomic family as kangaroos, is actually good for the environment. According to Flinders Island Wallabies, wallabies from this region have an enzyme present in their digestion system that negates the production of methane gas, meaning the meat is nearly carbon neutral.

Perhaps the most interesting and unusual trend for preserved foods in Australia is a craze for fermented health drinks that started in the Bryon Bay area of New South Wales. The trend feeds into consumer’s preference for low-fat diets. These include different takes on Kombucha tea and a healthy fermented turmeric elixir.

"Consumers are making more informed choices on what they drink and eat, focusing more on their health benefits."

"We see very much in this region [Byron Bay] fermented foods are taking off based on their health benefits," says Anne Briggs, executive officer at Northern Rivers Food, an industry body that promotes food producers from the region. People believe that because of the fermentation process – the contribution of live microbes to existing bacteria colonies – has a health benefit and it also adds a bit of flavour and colour."

Products include Yogi Beer Kombucha Tea made in flavours, such as Pear and Ginger, and Turmeric, Lemon and Star Anise. Kombucha tea is a lightly effervescent, sweetened black or green tea drink that is produced by fermenting tea using a symbiotic colony of bacteria and yeast. Historically, kombucha has been home-brewed or locally brewed. In the late 1990s, it was commercially bottled in North America.

According to Yogi Beer founder Kaitlyn Smith, at the end of the seven to ten-day fermentation process to make the tea, ‘you have a slightly fizzy, naturally carbonated drink, similar to an iced tea that is slightly sweet and sour’.

Smith, who started the company in 2012 after being inspired by yogis who drank the elixir at a detox retreat in Thailand, says the tea was a hard sell at first but now there is a boom.

"It is really big in the US and the interest has finally hit Australian shores," she says.

"Consumers are making more informed choices on what they drink and eat, focusing more on their health benefits."

The drink, which founder Richard Patton says is made the same was as ‘an old school’ ginger beer but with organic turmeric, actually ferments in the bottle, is alive and must be kept under four degrees before being served.

"At first no-one knew what the hell it was, no one had ever heard of such a product," says Patton, who is also an organic farmer. He had to develop a new supply of turmeric in Australia just for the product because there was none locally produced.

Patton claims the drink helps with ailments including chronic fatigue, arthritis and depression. He says the company has grown on average by about 40% a year since it started in the 1980s in line with the available supply of turmeric. Despite receiving interest,

Patton refuses to export as he doesn’t see it as sustainable. The fermenting process in these kinds of products is not just about the potential health benefits but about minimising processing and maximising nutritional content and preserving food while keeping as close as possible to their natural state.

"The fermentation process does have health benefits," says Patton, "but the original purpose is a means of making a product that doesn’t require heat treatment as heat treatment damages nutritional and energetic content of the foods we eat."

Other companies offering fermented foods include Alive Foods which have developed a range of foods based on traditional Sauerkrauts, but using fresh, locally sourced ingredients and Peace Love and Vegetables which also offer sauerkrauts as well as cashew cheese and kefir.

"People in Australia are buying fermented foods not as a preserved food product," says Briggs, "But because they understand that in a lot of countries, such as Germany, Japan and Korea, they were traditional foods, but that there is also a place for them to be part of a healthy well balanced Australian diet."