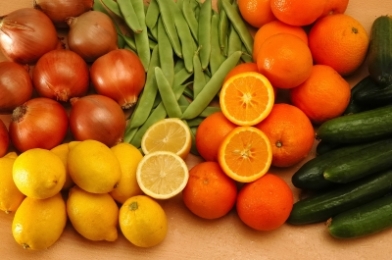 The European Parliament rejected a draft law that would allow member states to impose a restriction or ban on the sale and use of EU-approved GMO foods or feed in its territories.

The proposal was tabled by the EU Commission on 22 April.

Members states are concerned that the law might not work or may lead to reintroduction of border checks between countries that are in favour of GMOs and those that are not. They called on the Commission to put in a new proposal.

Kraft Heinz is reviewing the operations of its three facilities in New York for a possible closure, as part of its efforts to control expenses.

Around 950 employees in total are working in these facilities.

2 Sisters Food Group plans to inject £150m into its poultry business in order to revolutionise the unit, a move that comes just a week after the Birmingham, UK-headquartered firm announced that it intends to invest £55m into its ready meals business.

This plan was revealed when it published its fourth quarter results that saw a dip in operating profit and sales.

During the 13 week period ending on 1 August 2015, the firm’s like-for-like operating profit and sales dropped by 20.3% and 3% to £22.8M and £773.6M respectively, compared with the same period of last fiscal due to tough operating environment.

Nestle India resumed production of Maggi instant noodles at three of its facilities, with the product expected to hit store shelves following clearance from food testing laboratories, as mandated by the Bombay High Court.

The firm intends to relaunch the product into the Indian market by November, reported First Post, citing a spokesperson of the Switzerland-based food group.

The spokesperson told the publication: "We have resumed manufacturing of Maggi Noodles at three of our plants, at Nanjangud (Karnataka), Moga (Punjab) and Bicholim (Goa)."

Consumption of red and processed meat can cause cancer in humans, according to the cancer agency of the World Health Organization, International Agency for Research on Cancer (IARC), which evaluated the carcinogenicity of the meats.

These findings could bolster the argument for a plant-based diet.

The French-based cancer agency classified processed meat products, such as hot dogs, ham, sausages, corned beef, biltong or beef jerky, canned meat and meat-based preparations and sauces under Group 1, a list that indicates that there is enough proof of risk of cancer, and currently includes tobacco, diesel fumes and asbestos.

The Tralee-based Kerry Group acquired three US businesses, Red Arrow Products, Island Oasis, and Wellmune, for a total amount of $735m, as part of its strategy to boost its core ingredients and flavours business, and expand its presence in the nutritional solutions segment.

The transaction was funded by Kerry’s existing credit lines.

PepsiCo opened China’s first Quaker Oats manufacturing facility, as part of its strategy to expand its nutrition business in the Asian country.

Located in the Daxing district of Beijing, the new plant has a production area of 30,000m2 and an annual production capacity of up to 50,000t.

The facility, expected to create 150 direct jobs and thousands of jobs indirectly, will provide Chinese consumers with healthy food products.

Canada has lifted a 19-year ban on beef imports from the 19 member states of the European Union.