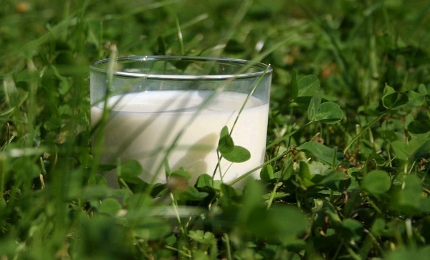 The UK Food Standards Agency (FSA) released results from its year-long survey of campylobacter in fresh chickens, which revealed that almost 70% chickens tested positive for the bacterial presence.

The agency stated that campylobacter is the most common form of food poisoning in the UK, affecting around 280,000 people a year. Its major source is poultry and can be killed by thorough cooking.

A total of 1,995 samples of fresh whole chilled chickens have been tested. Data show variations between retailers but none are meeting the end-of-production target for reducing campylobacter.

Arla Foods to slash 100 jobs in UK amid restructuring

Arla Foods UK announced plans to cut around 100 jobs as part of its restructuring process in the British dairy sector.

The company announced that it is entering its next stage of development, with an aim of bringing innovation to the dairy sector in the UK to help the farm owners across the country.

Arla stated that it has invested close to £500m in its UK business in recent years. This includes its merger with Milk Link, opening the world’s largest fresh milk facility at Aylesbury, and recruiting 3,000 British farmers into its cooperative.

While the agreement will be signed in 2015 after the draft is translated and legally reviewed, by Australia Trade and Investment Minister Andrew Robb and Chinese Commerce Minister Gao Hucheng have signed a declaration of intent in the presence of Australian Prime Minister Tony Abbott and Chinese President Xi Jinping at Parliament House in Canberra.

Trade between the two countries has reportedly grown substantially over the past few decades. According to the Australian Department of Foreign Affairs and Trade, China is considered to be Australia’s largest two-way trading partner.

India and US agree WTO on food subsidies

The US and India reached an agreement that will ensure the full implementation of the world trade organisation’s (WTO) trade facilitation agreement (TFA) to help ease custom rules.

This is the first multilateral trade agreement to be concluded in the history of the WTO, said a statement from the US Trade Representative Michael Froman.

According to the agreement, the two countries have agreed upon a ‘peace clause’ on food security till they can find a permanent solution. A peace clause gives legal security to member countries and protects them from being challenged under other WTO agreements, reports the Hindustan Times. 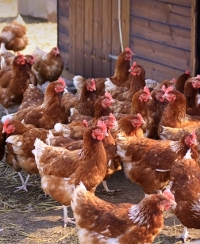 The European Commission adopted protective measures after cases of bird flu were reported from the UK and Netherlands.

As precaution, animals in infected areas will be killed and there will a ban on the sale of poultry products from those areas.

The EU said in a statement: "The measures aim at quickly bringing the disease under control and at preventing the spread of the highly pathogenic avian influenza within the affected member states, to other member states and to third countries."

Five processing plants that operate across Australia and New Zealand will be a part of the deal. Close to 3,000 people are employed at these facilities.

JBS Australia chief executive Brent Eastwood was reported by The Australian as saying that the deal signalled the company’s commitment to investment in the Australian food manufacturing industry.

Limiting the chance of the use of genetically modified (GM) crops in European Union countries, EU politicians supported a plan to allow nations to ban GM crops on their soils even if they are given permission to be grown there.

While GM crops are widely grown in the Americas and Asia, Europe is divided on its opinion regarding these crops. France and Germany have opposed GM crops but Britain favours them.

According to a previous endorsement by EU ministers this year, if a nation wanted to ban a GM crop that had been approved for use within EU, it would require negotiation with relevant companies.

The Taiwanese Government announced it would tighten its monitoring procedures to tackle food industry violators.

The measures are a response to a series of food safety incidents including the adulteration of cooking oil with recycled waste oil and animal feed oil.

Food inspectors aim to examine 258 edible oil production units between today and the end of this year. An additional 70 inspectors have been drawn from local governments to assist with the operation.