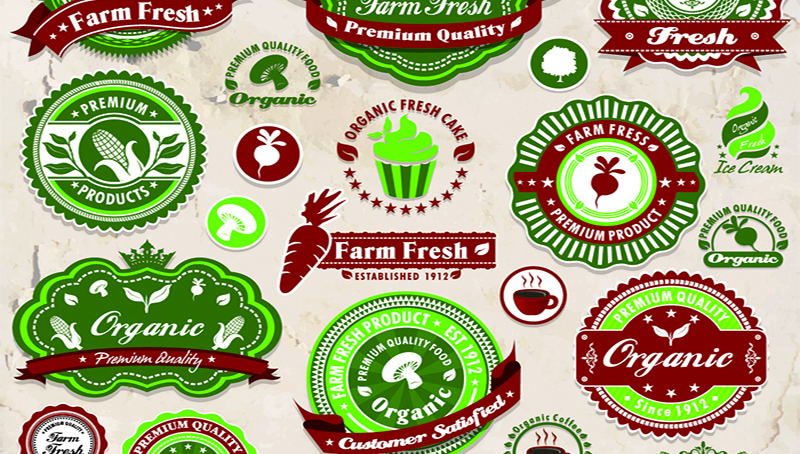 Image: As the demand for healthy and nutritious food grows, are ambiguous health claims causing confusion for consumers? Photo: courtesy of Donnay Style

What exactly is healthy food? If you ask one person it may involve a gluten-free diet, another might encourage a paleo diet. The latest trend to sweep the Instagram feed of pop culture figures outweighs the faddy diets that came before.

The myriad of healthy eating trends that have appeared on the food blogging scene have only served to further muddy the waters of what constitutes a balanced diet. Combining this with the confusing and potentially misleading marketing that occurs across the food industry, it isn’t hard to see where consumer confusion can come from.

Consumers are becoming increasingly concerned with exactly what and how much is going into our daily food. But just how much of our diet is actually healthy? And how much of our perception of healthy and balanced food is dictated by media influences and brand marketing? We talk to nutritionist Liz Tucker from Select Foods to find out how clear cut our understanding of emerging food fads are.

"Claims such as ‘natural goodness’, ‘naturally better’, or ‘nature’s way’ are confusing and ambiguous."

One of the most misleading trends currently found on many ‘healthier’ food products, is the natural movement. While the term may imply a cleaner, less manufactured food, there are no official EU regulations for determining whether a food ingredient can be labelled with the term.

In 2008 the UK Food Standards Agency published guidelines for manufacturers outlining that “claims such as ‘natural goodness’, ‘naturally better’, or ‘nature’s way’ are confusing and ambiguous.” The recommendation from the agency warned that the terms should not be used and were very likely to be misleading if applied to products that do not meet so-called “natural criteria.” However, the term is still being used to market a number of products on the market under a number of guises, and it is the lack of clarity exactly what constitutes as natural food, which has caused confusion for consumers.

A similarly controversial marketing term that has dominated the health food market is ‘superfood.’  In line with the western world’s love affair with faddy diets, the term has been used to promote a wide variety of new products hitting the market, each containing a previously low-key ingredient that made it uniquely healthy and crucial to winning the social challenge of who-has-the-best-diet.

“The media always want that gimmicky headline,” explains Tucker. “We've been through everything, the maple syrup diet, that cabbage soup diet, but there is no one super food that you could just eat all the time and get healthy from, in fact you'd probably get very ill.

After a number of dubious health claims ranging from protection against heart disease, to cancer prevention, the EU introduce legislation to ban the use of the term unless accompanied by a specific authorised health claim. But it’s not just terminology that can influence the way that consumers interpret the health and nutritional value of a product. The design of food packaging plays an important role in how consumers make snap decisions in the supermarket.

"You have to consider pictorials,” says Tucker. “If you have a yogurt and it’s flavoured with strawberry, but doesn't actually contain any strawberries, if it's got pictures of strawberries all over the packaging then technically that could be objected to, because it's not just what you write on there, it's also how you portray it."

"The brands being promoted online and through celebrities are not necessarily nutritious."

Nowadays, advertising is a sticky issue. The once clear cut line between paid marketing and a friendly recommendation has become blurred as social media emerged as the dominant connection between brand and consumer. The brands being promoted online and through celebrities are not necessarily nutritious, and in some instances are borderline lacking in nutritional benefits, however for the average consumer, if the product is associated with a ‘healthy living’ celebrity, then by association, the focus shifts from the product to the lifestyle.

A recent study published by New York University Langone Medical Center titled: Popular Music Celebrity Endorsements in Food and Non-Alcoholic Beverage Marketing examined the trend of notably unhealthy food and drinks brands using famous faces to sell products. The results found that 80% of the 26 foods products were classed as nutrient-poor. There were no endorsements for fruits, vegetables or whole grains, and only one food product with a healthy score.

This celebrity promotional trend side steps strict rules for television advertising enforced by broadcasting regulator Ofcom in the UK, which ban advertising of foods that are high in fat, sugar and salt during television programmes likely to be seen by children and adolescence under 16. While the internet does not currently adhere to the same rules as TV this could be about to change as pressure mounts from organisations including the Committee of Advertising Practice which launched a consultation to limit where ads promoting products high in fat, salt and sugar can appear in media including the press, posters, billboards, magazines and online.

"There are a number of ways that consumers can educate themselves about what is in their food."

While not all health claims are regulated, there are a number of ways that consumers can educate themselves about what is in their food. The EU Register on nutrition and health claims offers a reference database, which provides the substantiated health claims linked to vitamins and minerals. In order for EU companies to make health claims on a product it must contain a significant amount of the vitamin or mineral. However, the trend to feature health claims has led to controversial products, which use the claims to counter negative nutritional values.

“You could have a mass produced chocolate bar and if you stuck some magnesium potassium then you could make a claim on that and say things like 'reduces tiredness and fatigue' and 'good for metabolism' because they put the right quantity in to make a claim.”

Using carefully spun health claims is not a new phenomenon in the food industry. According to Tucker it was previous accepted practise to market a high-calorie product as “high-energy” and low-energy products as “low in calories” to counter the negative connotations using marketing terms. While the term energy is now regulated as a health claim, there are still brands that use the term without the necessary vitamins or minerals to quantify the claim and it often falls on the consumer to act as regulators.

"The problem is that trading standards have been cut back, so there are less enforcement officers so they only really enforce if somebody makes a complaint, and they really struggle to enforce against large companies because they can't afford to take them on legally" explains Tucker.

The best way that consumers can become savvy about the food they’re eating is to pay attention to the ingredient labels on foodstuffs. The ingredients are listed by volume, with the largest appearing first. If the first ingredient is sugar then the customer has reason be weary of the nutritional value, whereas high levels of easily recognisable ingredients such as seeds or nuts indicate a more nutritious foodstuff.

“If you have very lengthy complicated ingredient label or a smaller one that you don't really understand, then that should be a warning sign,” says Tucker.