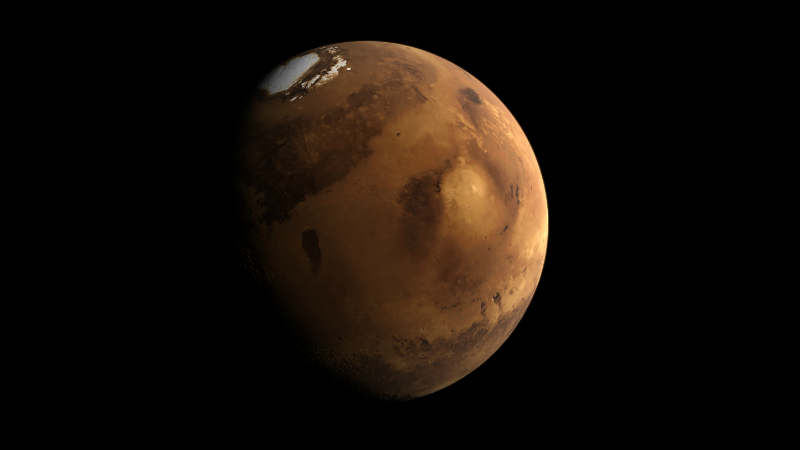 Experiments in Lima, Peru led by the International Potato Centre (CIP) have demonstrated the possibility of growing potatoes on Mars. The research is significant not only because of the implications regarding sustaining life on another planet, but also for its relevance closer to home, helping in the continuing effort to cultivate crops in increasingly harsh conditions as a result of climate change.

“How better to learn about climate change than by growing crops on a planet that died two billion years ago?” said CIP head of communications Joel Ranck. “We need people to understand that if we can grow potatoes in extreme conditions like those on Mars, we can save lives on Earth.”

Comparisons have been made to the 2015 film The Martian, in which a stranded astronaut sustains himself on the red planet though the growth of a crop of potatoes. The conditions at Peru’s University of Engineering and Technology are significantly better controlled, being carried out in a small container which has been nicknamed ‘Mars-in-a-box’, emulating as closely as possible the climate, soil conditions and lighting of Mars.

While the research is being carried out in Lima, NASA scientists are closely involved, advising the team and providing designs for the potatoes’ housing. Despite the distance from NASA’s facilities, Peru provides an ideal location for the experiment. The modern domestic potato originated in the hills of the Andes, and potatoes have been grown in arid soil at low temperatures in the area for thousands of years.

After transporting 700kg of such soil to Lima from the Pampas de La Joya Desert, the team planted 65 different potato varieties. Four of these sprouted in the harsh conditions and were selected to continue to the second stage of the process. Mars does not have organic soil, so they emulated conditions using crushed rock and a solution of nutrients. One variety came out on top, and was given the name ‘Unique’ by the research team.

NASA Ames planetary scientist Chris McKay said of the project: “The extraordinary efforts of the team have set the bar for extraterrestrial farming. The idea of growing food for human colonies in space could be a reality very soon.”

This is of course not the first time NASA has considered the prospect of plant life outside of Earth’s atmosphere – astronauts on the International Space Station (ISS) ate food grown on the station for the first time in 2015, and many, such as NASA plant physiologist Ray Wheeler, have discussed the prospect of making Mars hospitable through ‘seeding’ the planet with a pre-deployed plant growth system.

The research is being led by Memac Oglivy Dubai creative director Will Rust. The project was Rust’s brainchild, reportedly coming up with the idea while working with the CIP to publicise the potential effectiveness of potatoes in combating global hunger.

Due to global warming, many areas where farming is currently sustainable will be subject to changing conditions, potentially putting the lives of agriculturally focused communities at risk. While in Europe the European Environment Agency (EEA) reports that warmer air temperatures are lengthening the average growing season, and that in some Mediterranean countries, due to increasing temperatures some summer crops are now even being grown in the winter months, elsewhere in the world, particularly in lower-latitude poverty stricken countries, agriculture could be negatively impacted on a phenomenal scale.

According to CIP statistics, famine currently affects 842 million people worldwide, with climate change contributing to poorer soil conditions, as well as creating more favourable conditions for pests and disease. Potatoes are incredibly hardy, and also provide a source of iron, vitamin C and zinc, and could be vital in the fight against famine, which is increasing exponentially on a global scale. This research into Martian potato growth, unlikely as it may seem on the face of it, could be a turning point in the war on hunger.