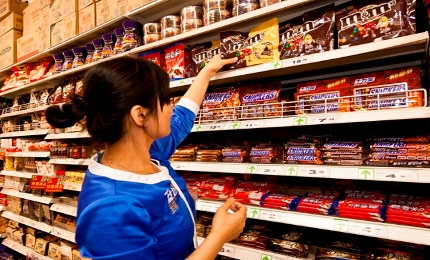 US-based manufacturer of confectionery, pet food and other food products Mars announced it will open its first chocolate plant, worth $160m, in India.

The company’s new plant will meet the growing demand for its popular products, including Snickers and Galaxy bars.

Mars International India, which is a wholly owned subsidiary of Mars, signed a memorandum of understanding (MoU) with the government of Maharashtra for the construction of the plant in Pune.

Scientists from the Consultative Group for International Agricultural Research (CGIAR) in Ethiopia developed a new breed of bean seed that can survive in high temperatures.

The group claimed to have discovered 30 types of ‘heat beater’ beans that could help production in many bean departments in Latin America and Africa.

CGIAR developed many of the heat-tolerant beans by crossing common bean varieties, including pinto, white, black, and kidney beans, with the tepary bean, which is cultivated in parts of northern Mexico and the American southwest.

The UK Government and industry will be providing over 70 businesses and universities funding of around £16m to aid in the development of business ideas, and to boost agriculture.

Of the total funding, the government will invest £9.8m, while the remaining £6.2m will be funded by industry.

This is the third installment of the £70m Agri-Tech Catalyst, which will support around 25 projects.

In light of bird flu outbreaks in eight states, including Arkansas and Washington state, the US Department of Agriculture (USDA) started work on the development of a new vaccine to protect poultry.

Scientists at the USDA research lab will carry out trials of the vaccine on chickens to check its effectiveness.

Various important international buyers imposed bans on products from affected states, where flu strains of H5N8 and H5N2 were discovered.

The Obama administration announced new measures to prevent the mislabelling of seafood and black-market fishing.

The government formed the Presidential Task Force on Illegal, Unreported, and Unregulated Fishing and Seafood Fraud in June.

The task force released an action plan to fight seafood fraud, which would involve expanding partnerships with non-federal entities, and increasing the information available on the products.

The consultation concluded the potatoes to be safe and nutritious.

Simplot has been working with growers and retailers to develop potato varieties with improved traits, to benefit consumers, food producers and growers. 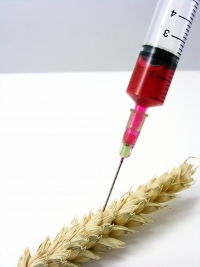 European Union (EU) member states now have the power to ban the cultivation of genetically modified (GM) crops, even if they have been approved by the bloc’s food safety authority.

According to the new rules, member states will get more flexibility while cultivating genetically modified crops under certain conditions.

A member state can ask for the amendment of the geographical scope of the application during the authorisation procedure. GM crops can also be banned by states after authorisation on grounds related to environmental or agricultural policy objectives, or other reasons, including town and country-planning, land use, socio-economic impacts, co-existence and public policy.

Under the old rules, a member state could ban or restrict the use of a GMO provisionally if there was evidence to prove that the concerned organism posed a risk to human health or environment or in the case of an emergency.

Netherlands-based international financial services provider Rabobank, which has a special focus on food and agriculture, released a report revealing that the European Food and Agribusiness (F&A) industry is losing €60bn annually due to food wastage.

The report named the supply chain as the source of most of the food wastage, with much food failing to even reach consumers.

Innovation in the harvesting and handling of crops, packaging of food, and fresh produce monitoring could help companies save up to €10bn.