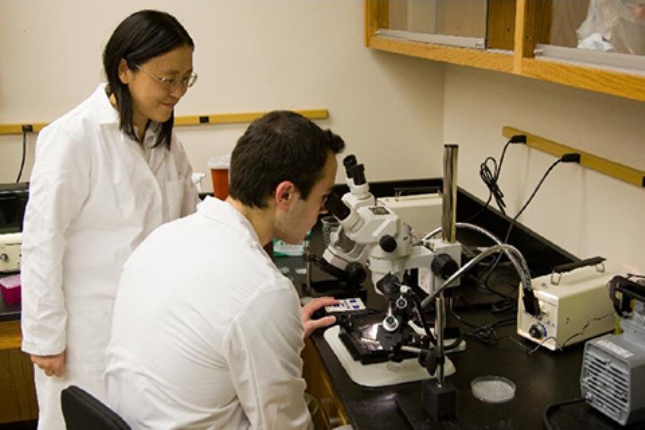 Oakland University (OU) researchers collaborated with a team of scientists from the US, Germany and China to research on how arsenic enters and builds up in plant seeds.

Oakland University associate professor Dr Zijuan Liu and doctoral student Joseph McDermott have been performing their study for several years to discover how to help avert the fatal threat of arsenic and protect the world’s food supply.

Arsenic is a dangerous toxin and carcinogen that spreads in food and water, which threatens the health of millions of people worldwide.

IBM Research and Mars collaborated to establish a food safety platform called Consortium for Sequencing the Food Supply Chain to make advancements in genomics and investigate food microbiome to boost safety and productivity.

Experts from IBM Research aim to sequence the food supply chain to develop means to prevent bacteria that contaminates food and leads to several deaths.

The consortium plans to conduct a study on metagenomics to categorise and understand characteristics of micro-organisms and factors that influence their activity in a normal, safe factory environment.

Salmonella-tainted Mexican cucumbers cause two more deaths in the US, reports CDC

The Salmonella Poona outbreak caused by cucumbers imported from Mexico was associated with two more deaths in California and 50 illnesses in 16 US states.

According to the Centre for Disease Control and Prevention’s (CDC) update, the number of deaths has increased to six and illness to 888 across 39 states in the US.

This is first update on the outbreak since the CDC reported it in November.

These are Halal and Kosher certified, natural and include organic versions.

Botanical extracts, which were taken using advanced technology, are primary ingredients in both products, which intend to reduce calories while retaining the rich flavour and creamy feel of an ice cream.

The new facility is spread over 44.5 acres of land and has the capacity to mill 800t of corn every day.

The corn, after processing, will produce glucose and other derivatives, which can be used as sweeteners, thickeners, and for a wide range of purposes in the food and healthcare industry.

Nestle was denied its appeal to trademark the four-fingered shape of KitKat in the UK by the British High Court.

The British High Court ruling can make it easier for Nestle’s rivals to launch products that look similar to KitKat, reported The Guardian.

Nestle was quoted by The Guardian saying: "KitKat is much loved and the iconic shape of the four-finger bar, which has been used in the UK for more than 80 years, is well known by consumers.

"We believe that the shape deserves to be protected as a trademark in the UK and are disappointed that the court did not agree on this occasion."

US-based General Mills announced it will close its Jus-Rol manufacturing facility in Berwick, UK, to streamline its operations.

The multinational manufacturer and marketer of branded consumer foods completed collective consultation with employee representatives and union officials on the proposal of closing the facility in Berwick, scheduled on 29 October.

After the consultation process closed and a decision was made to move ahead with the closure, the company will have to begin necessary phases to close the plant.

Mondelez International announced its decision to use only 100% cage-free eggs in its products sold in the US and Canada by 2020 and in Europe by 2025.

The move emerged following years of improving sustainable and responsible sourcing, including improving the welfare of egg-laying chickens in the supply chain, the company claimed.

Mondelez International sustainability director Jonathan Horrell said: "With the ambition of being the global leader in wellbeing snacks, we are making great strides in ensuring sustainable and responsible production of our products and sourcing of our ingredients."