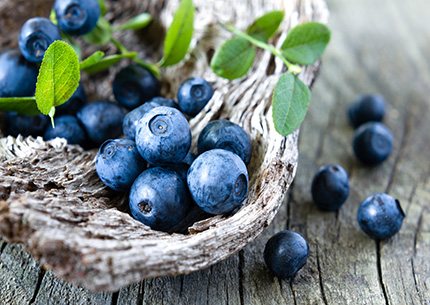 We are all too familiar with the staples of British cuisine, the safe and comforting thought of an understated Sunday roast or the low maintenance fish and chips. However combining simple dishes with mysterious and unlikely flavours can propel the consumer into a realm they had never ventured into before. New concepts mix adventurous and unusual tastes together; producing hybrids that many thought were not possible.

Creating condiments that are unique and fresh can prove challenging. However, one company has delved into the unknown to produce accompaniments such as crab apple jelly and wild plum chutney to be served alongside meats and cheeses. Joint owners and founders of West Kent based company Wild at Heart, Caro Willson and Ginny Knox decided to mix the menu up with their creations. They started Wild at Heart after deciding it was time to leave the corporate world to set up their own business.

"Since childhood, we have both enjoyed scouring the British countryside, foraging for edible treats," says Knox. "We saw how wild and British foods were taking off as restaurant trends, and saw a gap for an overtly wild/English brand, to help time-poor consumer’s access delicious, traditional wild foods such as our award-winning damson cheese or popular pickled samphire."

To start their journey into the wild, the two entrepreneurs hand picked the ingredients they wanted to include. Knox states: "Having decided on our ‘traditionally wild English foods’ positioning, and having trade-marked our Wild at Heart brand name, we decided the best way to research whether consumers actually liked it, was to bring the concept to life and do it for real ourselves. So in the autumn of 2010 we picked fruit like crazy and stirred cauldrons of fruit, which we processed and froze, so that we would be able to make a range of condiments for the following year."

The raw authenticity of their product proved to be a hit and the brand took off. She says: "Having checked out the competition, we designed a range of attractive labels, ensuring the usage of each product was clear – and in March 2011 we set off selling into local shops and via farmers markets.

"Luckily, it became clear that consumers did like our products and soon we had to delegate most of the picking and cooking to other people, in order to keep up with demand."

The homemade products, which come in an array of jellies, relishes and jam, are all locally sourced and made from native or ancient fruits, adding to their overall appeal and ethos.

Knox explains that: "We source all our fruits directly from farmers in England (except lemons, obviously) – mostly they come from West Kent, which is where our company is based – which is why we are members of ‘Produced in Kent’.

"We are very particular not to use any industrial processing aids, which means our products taste like home-made, because they are, really."

To capture the spirit of the wild, the products are slightly out of the ordinary with tantalising ingredients and blends. Speaking of the jams, which come in two varieties – elderflower and hedgerow – Knox says: "Our only ingredients are fruit, sugar and (in the case of elderflower jam) flower petals. In devising the recipe, we aimed to make them as delicious as we could. This means they are packed full of fruit and contain a bit less sugar than most ordinary jams."

The jellies which can be found in crab apple, chilli, mint and medlar are all produced with the upmost care.

"All our jellies are made in the time-honoured way," says Knox. "Fruit is gently boiled in a little water until it becomes soft and it is then filtered through fine cloth. The fruit pulp is discarded and the delicious juice, full of flavour and pectin (a natural gelling agent), is boiled with some sugar until it reaches setting point.

"Wild at Heart jellies are natural partners for roast meats. Some are also good with cheese – or indeed with just good bread and butter."

Wild at Heart also produce fruit cheeses, in damson and quince, which could be a concept that many are not familiar with. Knox explains the anomaly saying: "In case you’re wondering, a fruit cheese itself contains no milk. [Cheese] is the old English term for a smooth-textured, concentrated fruit preserve, made by cooking the whole fruit with a little water and then adding sugar and sometimes lemon to balance the acidity."

The inspiration behind the different flavours has literally come from their back garden. "The British countryside’s wild larder and traditional, British recipes are the inspiration behind all our products," Knox says. "We grew up in rural West Sussex where we scrumped for crab apples, so that’s where we started, making our award-winning crab apple jelly as well as other products, like red onion marmalade, delicious crab apple juice."

As more daring flavours make their way onto our plates Knox believes that consumers are becoming more open to these alternatives.

"We think consumers are becoming more sophisticated and willing to try more unusual flavours," she says. "Having said that, novel products really need to deliver on flavour and have a clear usage if they are to make their way into people’s regular repertoire."

The Wild at Heart product range has been successful on its journey so far winning many accolades along the way. "The range has been very well-received, and so far Wild at Heart has received four gold medals Great Taste Awards," Knox explains. "The brand is listed nationwide in Cook frozen food stores and distributed around the country into farm shops and delicatessens by Cotswold Fayre."

Wild at Heart sell their products all year round and plan to expand their range. Knox adds: "We have just launched elderflower jam and hedgerow jam, which are going great guns, – and are about to launch wild garlic pesto and wild mushroom pesto."

The mystery that foraging for wild food brings only adds to the excitement of Wild at Heart products, making the simplest of dishes a little bit more exhilarating.