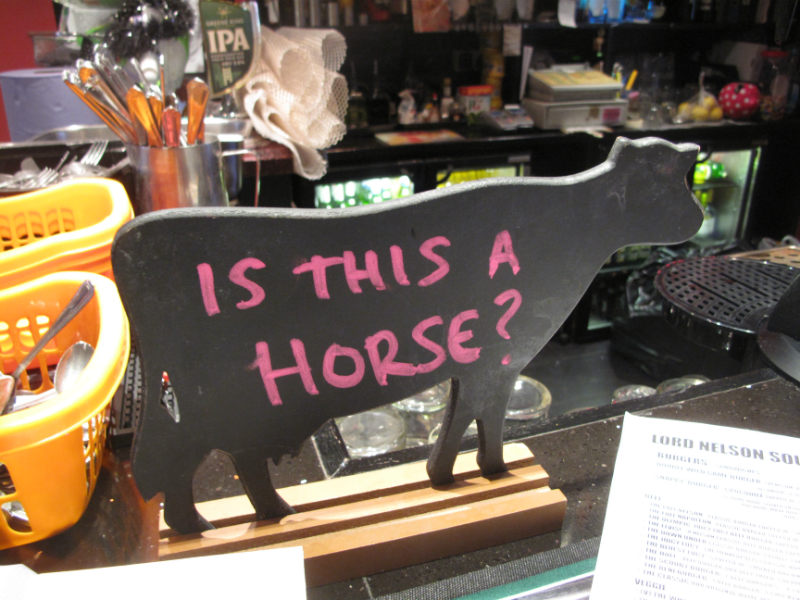 Since the 2013 horse meat scandal, consumers have become increasingly wary about what goes into their food and what they put into their bodies, leading to the creation of the National Food Crime Unit (NFCU) of the UK’s Food Standards Agency in 2014. Three years on and with a body dedicated to its eradication, fraud within the food and drinks industry is still a heated talking point.

What is food crime?

Fraud makes up approximately 3.4% of all global expenditure, and before its closure in 2014 the National Fraud Authority estimated that all types of fraud cost the UK £52bn per year. It seems bizarre then, that despite the size of the UK food and drinks industry, making up 11% of the UK's economy, that there are still no specific estimates for the impact of fraud on UK food businesses.

In fact while there are more general frameworks for defining fraud as a whole, there is still no official definition of exactly what constitutes food crime under UK law. "Many have tried to define parts of it, and have singularly failed to do so," said NCFU head of food crime Andy Morling at a recent Westminster Forum event. "I realised I needed to somehow define the role and remit of my unit better than was currently available to me."

Morling's definition of food crime is plainly the ‘knowing sale of harmful or inauthentic food’. "Simple, in reality…But the end result of that is we, the consumer, end up buying inauthentic or unsafe food that has been deliberately made so."

Food crime and food fraud are related though admittedly confused terms, as the NFCU explains: “Food fraud becomes food crime when the scale and potential impact of the activity is considered to be serious. This might mean that the criminal activity has cross-regional, national or international reach, that there is significant risk to public safety, or that there is a substantial financial loss to consumers or businesses. Clearly the full extent and impact of food criminality may not be immediately apparent when information is first received.”

"Food fraud becomes food crime when the scale and potential impact of the activity is considered to be serious."

It can also be distinguished from regulatory non-compliance in that it is always a case of dishonesty. “You think of any claim that can be made about a food product – it’s vulnerable to misrepresentation by those with dishonest intent,” asserts Morling, and perhaps the most important point to make is that no matter whom in the industry a fraud is perpetrated against, whether it’s at the farm level, production or distribution, the end victim is always the consumer. It might be as minor as inflamed prices, but could be as significant and far-reaching as serious health implications.

“There is something uniquely vulnerable about victims of food crime, because we can’t moderate our behaviour to avoid becoming a victim,” says Morling. Everyone has to eat, and if the horse meat scandal taught us anything, it was that everyone, rich or poor, can be violated by the personal impact of what is an incredibly evasive crime.

But just who are the perpetrators of these crimes? According to Morling, after the political nightmare that was the horse meat scandal, there was a call from the UK Government to find an external operator; a greater evil that the crisis could be blamed on. Perhaps they were seeking a scapegoat to take the focus away from the regulators and big players within the food industry, but the fact is that organised criminals do not generally see the food sector as an attractive target.

“The inconvenient truth is that most food criminals are time-served participants in the food industry. They’re good businesses gone bad, rather than businesses that were bad from the beginning,” explains Morling.

For someone to wants to commit a crime there needs to be motive, means and opportunity, and while illegally marked up food can provide a huge profit (a strong motive) and ineffective regulation within the sector equals good opportunity, the problem for organised criminals is in the means. “The equipment, the tools, the knowledge, the know-how, the routes to market in volume are just not generally available to the organised criminal,” says Morling. “And thank goodness for that, because when organised crime does get something in its sights, the risks to us all are that much greater.”

There are very notable exceptions however, such as when existing criminal infrastructure is repurposed. Counterfeit goods are a scourge that affects the food and drinks markets internationally, and is where most organised crime makes its home within the sector. INTERPOL and Europol collaborate on Operation Opson, dedicated to combating food and drink fraud, and last year seized 11,131.18 tonnes, 1,449,056.40 litres and 5,549,328 units of either counterfeit or substandard food and beverages across 57 countries.

Europol head of IPC3 Chris Vansteenkiste detailed the three most common areas of infringement, the first being pure counterfeit goods: “For example they use a very well known brand of coffee, and they put a low quality coffee inside the boxes.”

The second area is geographical indication (GI): “One of the most known products is champagne; they print fake labels and pretend that it’s champagne, but it’s sparkling wine from somewhere like Spain.”

And finally the sale of regular foods as healthy, organic varieties: “If you want to live a healthy life and buy exclusively organic food, then you also expect to pay double or triple the price of regular food, but then you expect on your plate organic food, for example wild salmon, which is more expensive than salmon that comes from fish farms; if you pay 40% more for salmon, then you expect to have wild salmon on your plate.”

According to Vansteenkiste, counterfeit foods are almost entirely the domain of organised crime gangs, as the foods would never make it to market without the help of criminal infrastructure. Containers are needed to ship the food, and you need access to an appropriate marketplace or storefront, as well as a name under which the food is sold. The manufacture and sale of counterfeit food products is no simple matter, but the potential profits are vast.

The counterfeit market is constantly evolving to find innovative methods of producing sub-par goods while still evading detection from the authorities. Vansteenkiste provided a couple of the more novel examples Europol has run into: “We had the mozzarella cheese that wasn't produced using buffalo milk, but the frightening thing was that it was smoked in a van while a garbage can was producing smoke, which is certainly not the regular procedure for producing smoked mozzarella…and last year the Italians seized 85 tonnes of olives from a former harvest which were painted with copper sulphate to make them more sexy and green, to look fresh, and they were sold for a higher price, while they should have been destroyed.”

Perhaps the most important question in response to the food crime phenomenon is ‘how do I protect myself against it?’ For counterfeit goods Vansteenkiste states that consumers have little to fear if they shop at a recognised storefront. “If consumers go to the regular shops, like supermarkets, then you don’t have a problem because those chains don’t want to be mingled in those affairs, they have purchasers who very often buy directly from companies and wholesalers. They’re keen on their reputation. Of course if you buy bottles of champagne on a website where its 40% cheaper than most of shops around you, then you risk having a problem.”

But for businesses in the food sector hoping to avoid food crime, it’s not so simple. Crowe Clark Whitehill forensic and counter fraud services manager Eoghan Daly feels that the industry needs to change its approach to fraud.

“There's a lot of effort currently expended on looking out to try and identify the next issue. People want to know what the next horse meat is, but food and drinks supply chains are so complex and so interlinked, in my opinion trying to identify the next issue is essentially impossible…there are lots of people selling services where they try and predict fraud issues, but really there's no way of identifying things before the event.”

According to Daly, while work to detect fraud threats is important, it’s more effective for a company to focus on fraud resilience generally, a definable metric, rather than trying to identify specific types of fraud that could be committed. “I think that would be a really good place for food and drinks businesses to start as it’s a holistic measure of how well a business is protected against fraud, to assess the fraud vulnerabilities it has and the extent to which it has the capacity to address those threats.”

After all, as demonstrated by ever-inventive counterfeit food gangs, fraud is a reactive crime that constantly evolves against measures implemented to hamper its impact. Food crime isn’t going away, so the best way to counter it and to deter fraudsters is to prove that a business has proactive prevention measures in place, and to make it known beyond doubt that this is the case. “That can be [at] an individual business level or indeed a sectoral level,” says Daly, “so if it’s well known that the food and drink industry as a sector is well protected against fraud, then other sectors might be more attractive instead for fraudsters.”