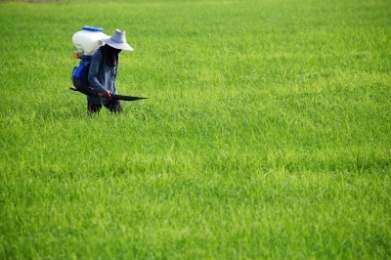 Monsanto agreed to Latvia and Greece’s requests to be excluded from its application to grow genetically modified (GM) crops across the European Union (EU), under the new EU opt-out law.

The law was signed by EU nations in March, and stipulates that individual countries can opt out from any approval request to GM cultivation across the EU.

While the European Commission is responsible for approvals, requests to be excluded from the application are to be submitted to the producer in question, in this case, Monsanto.

The outbreak of bird flu in the US continues to hamper the availability of poultry and egg supplies, as prices of turkey and chicken eggs constantly rise.

After a loss of more than 48 million chickens and turkeys to the disease, egg prices are believed to have increased more than was previously expected this year, and are likely to remain high throughout 2016.

Chicken and turkey producers believe that the egg and poultry industry may take up to two years to rebuild stocks.

US FDA says Just Mayo can not be considered as mayonnaise

The US Food and Drug Administration (FDA) has said that some of Hampton Creek’s Just Mayo products violate regulations related to mayonnaise standards and labelling.

The FDA said in a warning letter to the company that it is misbranding some of its products.

In a letter, dated 12 August, the FDA wrote: "The use of the term ‘mayo’ in the product names, and the image of an egg, may be misleading to consumers, because it may lead them to believe that the products are the standardised food, mayonnaise.

"The use of the term ‘Just’ together with ‘Mayo’ reinforces the impression that the products are real mayonnaise by suggesting that they are ‘all mayonnaise’ or ‘nothing but’ mayonnaise.

"We also note that these products contain additional ingredients that are not permitted by the standard, such as modified food starch, pea protein, and beta-carotene, which may be used to impart colour simulating egg yolk. Therefore, these products do not conform to the standard for mayonnaise."

The new product can simply be added to the dressing (cream) combined with curds to create cottage cheese. On reacting with the salt in the dressing, it creates a thicker texture and a creamier end product.

Cottage cheese has been seeing a surge in demand as it is considered as a healthier option for multiple occasions.

The company claimed that since the quality of the cream dressing with Arla’s ingredient is better, the quantity of curds can be reduced without affecting the product.

Splenda sweetener products contain sucralose, a no-calorie sweetener and can be used as an alternative for sugar. Sucralose is produced from sugar that has been chemically altered to make it calorie-free.

While the details of the transaction were not disclosed, the deal is expected to be completed before the end of the year.

The new facility is expected to create a significant number of jobs for workers of car maker Holden, which is set to axe close to 1,000 workers from its assembly plant in Adelaide’s north in 2017.

Thomas Foods CEO Darren Thomas was quoted by ABC as saying: "It will be one of our company’s biggest investments so it’ll be in the millions of dollars and the jobs will be there and they’ll be significant."

As part of the agreement, Thomas Foods and CP Group will construct the advanced food processing centre to prepare packaged foods that will be exported across Asia and the world.

Based in Zurich, Switzerland, with operations in North America, South America, Europe, Asia, Australia, and New Zealand, Aryzta said it plans to operate the French group as an associate.

First announcing the acquisition in March this year, the company had said that the deal would cost around €446.6m.

Currently valued at €2.25bn, Picard specialises in producing breads, pies and desserts. It is being speculated that Aryzta intends to internationalise Picard, which currently has a strong presence in France.

Russia has announced that it will lift a ban on imports from 29 New Zealand-based dairy producers.

The move is aimed at meeting the country’s shortage of milk products due to the food import ban from western countries.

Russia banned dairy products from the country in 2013, after New Zealand-based Fonterra found a botulism-causing toxin in one of its products.

India’s Bombay High Court has ruled against the ban on popular noodles brand Maggi by the country’s food regulator, giving some relief to Nestle, who recently received a penalty of over $100m.

Questioning the way in which the Food Safety Standard Association of India (FSSAI) imposed the ban on the product, the court said that not even a notice was issued before announcing the move.

The court further added that samples were not even sent to authorised laboratories that were accredited to the National Accreditation Board for Testing and Calibration Laboratories (NABL).

Kraft Heinz announces 2,500 job cuts in US and Canada

The newly formed Kraft Heinz company has announced 2,500 job cuts in the US and Canada as part of efforts to lower costs.

The job cuts, that will affect around 5% of its global workforce, are aimed at cutting $2.5bn from its annual budget by 2017.

The management of the company, which was formed after the merger of Kraft Foods Group and HJ Heinz in July, has been working on restructuring the company to simplify its operations.

The job cuts were expected, as Brazilian private equity firm 3G Capital is known for its aggressive focus on costs. It announced many job cuts after its takeover of Heinz in 2013.

Nomad, which was created by entrepreneurs Martin E Franklin and Noam Gottesman to acquire companies in the food industry, will pay for the deal with £400m cash and 8.4 million ordinary shares to private equity firms including Highbridge Principal Strategies, Lion Capital and Sankaty Advisors.

As per the deal, Nomad will acquire Findus’ continental European businesses in Sweden, Norway, Finland, Denmark, France, Spain, and Belgium.