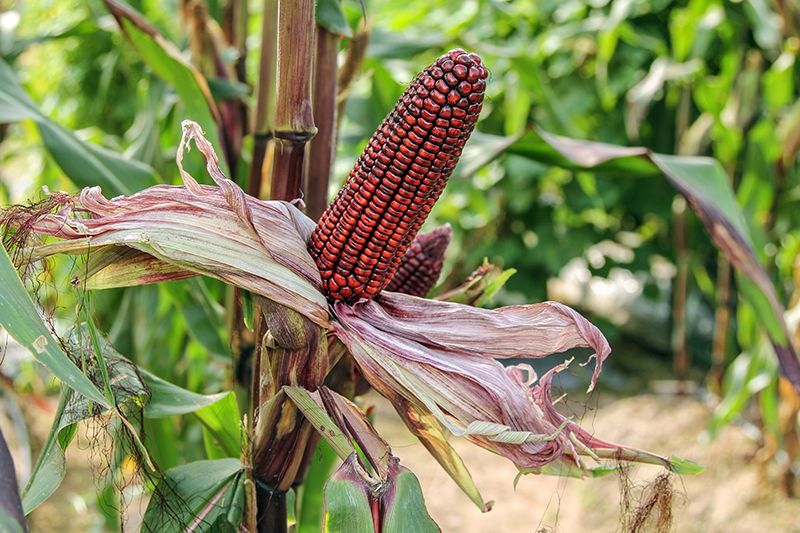 Latin American flavours have been growing in popularity in Europe. Over the last two years, Mexican food has become one of the most popular styles of cuisine, with research group Future Thinking confirming that 30% of consumers had bought and tried this style of cuisine.

“Mexican cuisine has already carved a place in our hearts, in 2014 threatening to topple Chinese off the second-most popular spot of favourite foods in world food ready meals, after Indian, according to Mintel,” says Kevan Vetter, McCormick’s executive chef. “Food lovers everywhere are hungry for exciting new flavours and, combined with a growing need for fiery heat, a love affair with Latin American food was inevitable.”

Various elements have combined to increase demand says Vetter, such as the introduction of Wahaca restaurants in the UK, which showed there was more depth and diversity to Mexican food over the usual Tex-Mex over-spiced variety. The street food revolution has also played a significant role with the most popular style proving to be Mexican cuisine.

Future Thinking’s study further showed that Mexican and “fiery American” were the most popular new food flavours with almost 75% of under 34s wanting to try the latest products. Future Thinking reported that the explosion of food-focused media, including on social media, will have helped drive the change in eating habits and the search for new flavours.

Interest in Mexican cuisine shows no sign of abating and, as consumer desire for more authentic Mexican flavours and dishes grow, even more regional flavours from Yucatàn, Oaxaca, Veracruz and Baja will come onto the market, says Vetter. “Flavours to explore include tomatillos, a tomato-like ingredient that imparts a bright, lemony flavour, and recados, spice pastes popular in the area of Yucatàn,” he says, further suggesting recado rojo paste, which is made with achiote (annatto), sour orange and a blend of spices, and chamoy sauce, which combines apricot, lime, chillies and spices.

The rise of Peruvian superfoods

Earlier this year, Mintel highlighted how Peru has become known for its superfoods, pointing to the country’s microclimate and diverse topography as the reason behind the broad range of foods found here and nowhere else.

Lucuma, a Peruvian fruit, is one of the most popular ice cream flavours in Peru and is considered to have significant nutritional benefits and anti-aging properties. “The fruit contains flavour notes of caramel, pumpkin and maple,” reports Gwen Crothers for Mintel, a Global Food Scientist Analyst at the company. “Lucuma is a great source of antioxidants, fibre, vitamins & minerals, especially beta-carotene and other B vitamins.”

Another superfood gaining popularity is purple corn. In Peru it is commonly drinks, but in other countries it is more likely to be found in food recipes. Mintel says that between November 2010 and October 2015 almost half of products including purple corn were in snacks. “Purple corn – seen as healthy and authentic – has potential in the market, and recent interest in natural colours, in particular, present a new opportunity for purple corn extract,” reports Global Food Science Analyst Stephanie Mattucci for Mintel. “Overall, as more superfoods emerge from Peru, we will continue to see increased attention for food from the region.”

"Peru has become known for its superfoods."

Having predicted a rise in the popularity of Latin American cuisine a couple of years ago, Webster explains that the company introduced two Peruvian chilli peppers to the UK market. “Aji means chilli pepper in Spanish and the first new addition to our range of chilli peppers was Aji Amarillo,” says Webster. “This yellow chilli pepper is considered to be the most important ingredient in Peruvian cooking and is a spicy chilli imparting a wonderful visual appeal as well as a great balance of flavour, aroma and heat.”

They also introduced Aji Panca to their range, which Webster says is considered to be the second-most important chilli in Peruvian cooking. “This is a mild, dark red pepper with a delightful smoky, sweet and fruity taste, giving the perfect balance of heat and flavour,” says Webster. “Both have proved to be very much in demand and sales have grown in both the private and commercial sector.”

Vetter says that the world’s consumers are craving heat and that chillies from Mexico and South America are leading the way. He also says that the Aji Amarillo is popular and picks out Guajillo, a mild Mexican dried chilli (about 5,000 on the Scoville scale) with a slightly smoky, fruity flavour, as a favourite for making salsas, marinades and sauces. As a result of its bold heat (about 30,000 on the Scoville scale), he says that the bright red Chile de Arbol, with its subtle, smoky taste, is also demand.

A taste of Rio

"Brazilian tastes and ingredients are poised to emerge as a powerful influence in cooking."

In terms of what is to come, foodservice research experts Horizons predict that the Brazilian World Cup will further fuel a desire for hotter and more exotic Latin American flavours. From Brazil, McCormick believes that Cassava flour, also known as manioc, yucca or tapioca flour, which is made from pounded and dried cassava root, is set to be popular with chefs who like it for their versatility as an ingredient and side dish.

“Brazilian tastes and ingredients are poised to emerge as a powerful influence in cooking around the globe,” says Vetter. “Riding the gluten-free trend, cassava flour offers a natural, easy-to-use base for delicious breads and pastries, and in Brazil it is commonly toasted in butter and served as a condiment or crispy topping for beans and stews.”

Guava fruit – fresh or as a nectar and paste – is also set to rise in popularity. There are over 100 varieties of guava fruit all native to Mexico, central and South America, but it thrives in the Amazon, says Vetter, where its fragrant, sweet pulp is prized for flavouring drinks, candies, desserts and marinades.

Afro-Brazilian cuisine from the northern Brazilian state of Bahia is often cited by top Brazilian chefs as their culinary inspiration. “Characterised by richly-spiced stews and seafood, the cuisine of this northern Brazilian state – and its signature seasoning – is on the rise,” explains Vetter, adding that demand for Tempero Baiano, a Bahian seasoning blend containing oregano, parsley and varieties of pepper and cumin, continues to increase.

“The summer of 2016 will be all about incorporating smoky, spicy, tangy flavours in new ways we’ve never seen before,” says Vetter.