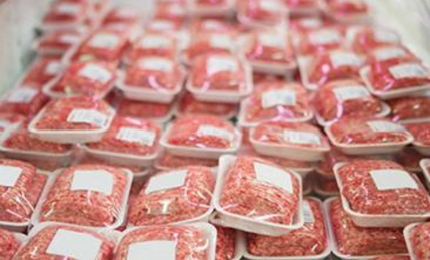 As per the terms of the agreement, Diamond stockholders will receive 0.775 Snyder’s-Lance shares in addition to $12.50 in cash for every Diamond Foods share once the deal is closed.

This agreement, which has been approved by the boards of directors of both the firms, needs approval of stockholders too.

The Obama administration announced new measures to prevent the mislabelling of seafood and black-market fishing.

The government formed the Presidential Task Force on Illegal, Unreported, and Unregulated Fishing and Seafood Fraud in June.

The task force released an action plan to fight seafood fraud that would involve expanding partnerships with non-federal entities, and increasing the information available on the products.

US to invest additional $330m to contain bird flu outbreak

The US Government will use emergency funds amounting to $330m to help farmers affected a bird flu outbreak, and to prevent further spread of the flu.

The additional funds will be invested in paying for the indemnity claims filed by farmers with infected flocks.

The money was granted after Agriculture Secretary Tom Vilsack’s request to the Federal Office of Management and Budget (OMB) to tap emergency funds.

Before the current amount, almost $84.5m had been set aside by the US Department of Agriculture (USDA) for the outbreak.

India’s Bombay High Court-appointed labs stated that fresh samples of Maggi Noodles are safe, a verdict that Nestle India has been eagerly awaiting in order to begin retail sales this month.

Nestle India stated: "We have received results from all three NABL accredited laboratories mandated by Bombay High Court to test newly manufactured Maggi Noodles samples. All the samples of the Maggi Noodles Masala have been cleared with lead much below permissible limits."

The Tralee-based Kerry Group acquired three US businesses, namely Red Arrow Products, Island Oasis, and Wellmune, for a total of $735m, as part of its strategy to boost its core ingredients and flavours business, and expand its presence in the nutritional solutions segment.

The transaction has been funded by Kerry’s existing credit lines.

Canada lifted a 19-year ban on beef imports from the 19 member states of the European Union.

Yeasts used in the fermenting of cocoa can change aroma of chocolates, finds Belgian study

Yeasts used in fermenting cocoa during the chocolate making process can change the aroma of the end chocolate, finds a team of Belgian researchers.

The researchers of the Flanders Institute for Biotechnology, and the University of Leuven in Belgium explored strong yeast strains that could outcompete the several invading bacteria found during the fermentation process of cocoa beans.

The study researcher Esther Meersman was quoted by the American Society for Microbiology as saying: "After harvesting, the cocoa beans are collected in large plastic boxes, or even piled in large heaps on the soil, right in the farms where they are grown."

COOL was put into law in the 2002 Farm bill, and was intended to offer greater transparency to consumers on the food they purchase.

Congress bolstered the law in 2013. COOL required imported beef and pork products sold in the US to carry information on packs where the animals were born, raised and slaughtered.

Meat products sold in the European Union are often found to contain less meat than mentioned on the label, and sometimes an altogether different variety, according to a report of European Consumer Organisation Europäischer Verbraucherverband Bureau Européen des Unions de Consommateurs (BEUC).

In the report, titled ‘Close-up on the meat we eat – Consumers want honest labels’, the consumer watchdog stated that several additives are being pumped into meat, including water and sulphites in beef mince.

Ever since the horse meat scandal erupted in 2013, Europe’s food has been under scrutiny. 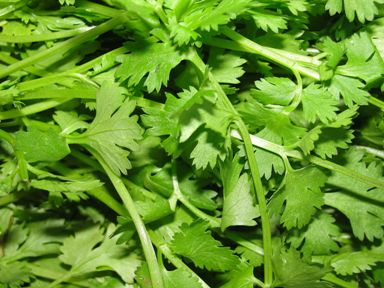 The US Centers for Disease Control (CDC) have confirmed that the country has seen nearly 358 cases of cyclospora infections across 26 states this year.

The CDC said that most of the cases experienced the onset of symptoms on or after 1 May, and that none of the cases occurred due to international travels. It linked clusters of the illness to restaurants or events in Texas, Wisconsin and Georgia.

The centre had previously linked the outbreak to coriander (cilantro) grown in and imported from Puebla, Mexico.

British researchers found a method to efficiently generate industrial quantities of ailment-fighting natural compounds by growing them in genetically-modified tomatoes.

The scientists of the John Innes Centre have been able to produce the compounds Resveratrol and Genistein.

Resveratrol is commonly found in wine and was found to extend lifespan in animal studies, while Genistein is found in soybeans and helps in preventing steroid-hormone related cancers, especially breast cancer.

The amendment of the US Food Safety and Inspection Service (FSIS) for the labelling of raw meat and poultry products will not be implemented for at least the next three years due to the government missing its deadline.

The US Department of Agriculture (USDA) has been working on new mandatory labels for beef that is mechanically tenderised.

Tenderisation is a process that softens meat with tools and devices. Unsoftened meat is often susceptible to pathogens that can lead to foodborne illnesses.