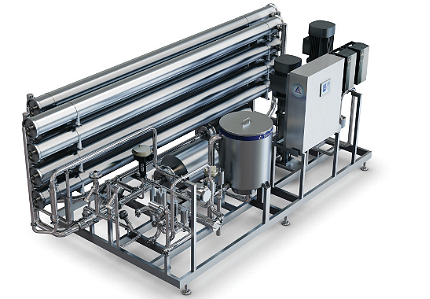 Whey is a common by-product of cheese production and it is often dumped as waste.

The by-product is valuable only when it is concentrated; however, the filtration technology required for this tends to be highly customised and too costly for small and medium sized dairies.

The management team at UK-headquartered Burton’s Biscuit Company has put the company up for sale, a deal which could fetch between £300m and £350m.

Burton’s Biscuit, which is the second biggest biscuit manufacturer in the UK by sales, is owned by the Canadian Imperial Bank of Commerce (CIBC) and the private equity firms Apollo Global Management and Duke Street Capital.

Duke Street Capital, which launched a debt for equity swap in 2009, holds a minority stake in the company.

Smithfield Foods, a US-based pork producer and processor, has completed its $4.7bn merger with China’s Shuanghui International, after Smithfield Foods’ shareholders gave their approval on 24 September.

This development reportedly marks the largest ever takeover of a US company by a Chinese firm.

Shuanghui chairman Wan Long said: "Today marks an exciting new chapter for both of our proud organisations as we formally begin a partnership that will benefit our customers, employees, producers and partners."

Russia has lifted its temporary ban on imports of New Zealand-based Fonterra’s dairy products, following the company’s recall of three batches of its whey protein concentrate (WPC), which were allegedly contaminated with botulism-causing bacteria.

Rospotrebnadzor, the Russian Federal Service for Supervision of Consumer Rights Protection and Human Well-being, has announced that it lifted the ban after analysing test results from New Zealand’s Ministry for Primary Industries (MPI).

The results indicated that the bacterium detected in WPC manufactured by Fonterra did not contain Clostridium botulinum.

Initiated in 2009, the project involves every aspect of the poultry supply chain, including chicken breeding, raising, feed production, hatching, slaughtering and processing.

The facility is expected to process around 65 million chickens, as well as 176,000t of poultry products, per annum.

The company’s regional subsidiary Federal Foods has signed an agreement with Kizad for a land plot of 174,300ft² in the free zone area’s food manufacturing cluster of Kizad Area A.

The Kizad-based plant is expected to go onstream by 2014, with a capacity of 80,000t per annum, producing a wide range of meat products, marinated processed foods and other bread-based foods.

Vinamilk, a dairy company based in Vietnam, has opened a new $110m liquid milk processing and packaging facility, the Vietnam Milk Factory, in Binh Duong province.

Wising up to food safety – smartphone sensors for the sensible shopper

Spectrometers smaller than sugar cubes could soon be installed in smartphones to allow consumers to test the freshness of food as they shop.

Track and trace security to stamp out a food scandal

The recent horsemeat scandal highlighted that retailers are unaware of much of what goes on in their increasingly complex supply chains.