The global demand for meat is rising. Couple that with the world’s growing population and that’s a whole lot more cows, pigs, sheep and chickens that need to be reared, housed and fed in the coming years. For every billion more people on the planet, ten billion more farm animals are required to feed them.

According to Food and Agriculture Organization of the United Nations (FAO) statistics, 26% of the planet’s ice-free land is used for livestock grazing, and 33% of croplands are used for feed production. The FAO also expects that due to rising incomes in the developing world, demand for animal products, including meat, cheese and eggs, will continue to soar.

It is easy to see then, that sustainability is a major problem. How do you feed all those extra animals? It’s a question troubling agricultural scientists the world over, but several innovative options have cropped up within the last decade. Could they hold the answer to the animal feed problem? 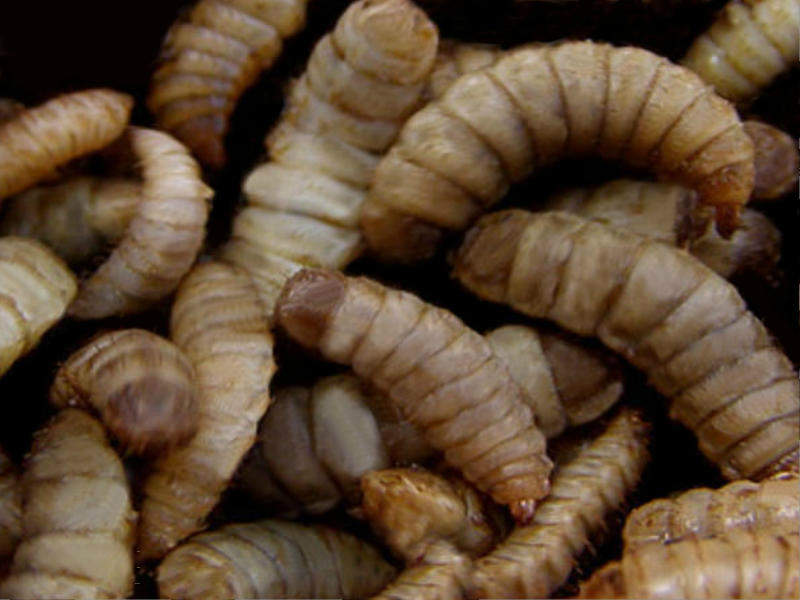 Insects are widely seen as the future of food. They’re highly nutritious, containing high levels of protein, fibre, fat and vitamins, and reproduce at incredible rates, while only needing relatively minimal amounts of food for themselves. Two billion people around the world already eat insects as part of their diets, but in western society, the idea is still incredibly unattractive to most consumers.

Farm animals don’t scoff at the idea of eating insects though, and methods of insect larvae production, with black soldier fly larvae being the most common, are currently being developed for use in animal feed. While safety and security aspects are still being evaluated by organisations such as PROteINSECT, insect larvae feed production is already in full swing in several parts of the world. There is still scepticism though, particularly in Europe, and much of America.

Many insects, including the black soldier fly, thrive in tight spaces, and as such a tonne of larvae can be produced in an area the size of a small car. Larvae will also eat almost anything, and insect production has the potential to be used as a means of processing waste materials from farms, or other areas of society – though consideration does have to be paid to the fact that the larvae will be fed to larger animals, so most production currently uses food manufacturing leftovers, rather than any potentially toxic waste.

EU legislation in July 2017 cleared the use of insect proteins in the feeding of fish, so it is likely that we will soon see insect production plants crop up across Europe, and more rapidly elsewhere in the world. 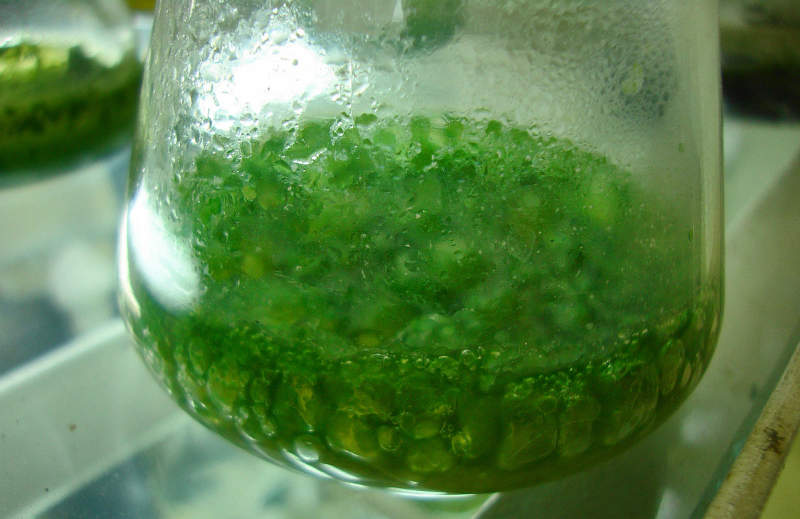 Algae are incredibly adaptable. They can grow almost anywhere there is water, and are found all over the planet. There are a variety of different species, but generally speaking microalgae contain carbohydrates, proteins and a variety of vitamins and micronutrients. Traditionally algae has been used in fish farming as a form of natural feed, but several farming and health bodies have become proponents of using the green stuff to bulk up the feed of ruminant animals as well.

While different varieties are being experimented with, one species, Chlorella vulgaris has been shown to have a percentage of protein, at 55% compared to soy’s 37% and corn’s 10%, as well as competitive levels of carbohydrates and lipids.

Compared to standard crops, algae only uses 3% of land space, and it use has been proposed as a solution for countries that suffer from dry seasons, that may struggle to produce or import enough corn or soy for their animals. Some scientists have even proposed engineered algae as a way to promote a healthy immune system, an alternative to the use of antibiotics rife in the farming of cows, pigs and chickens. 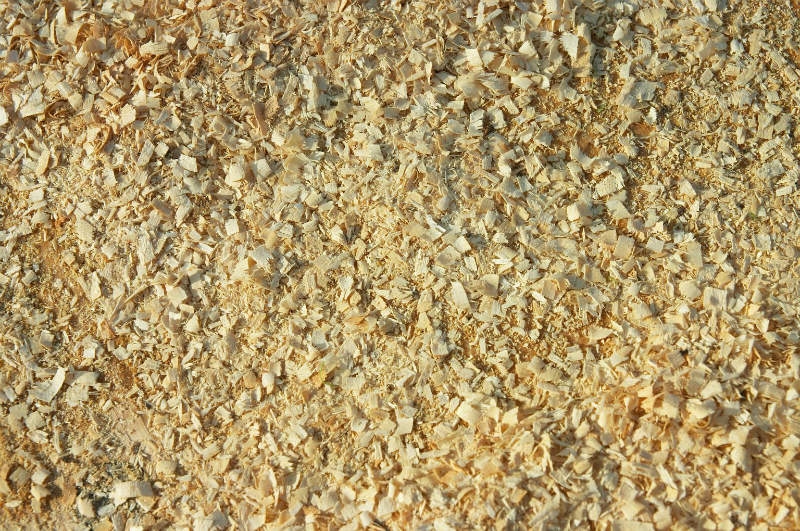 There are tales of farmers with stretched resources in times of recession padding out their animal feed with all sorts of spare materials from around the farm, including sawdust. But in 2012 an Iowa, US-based cattle farmer Bob Batey claimed to have developed a method of turning sawdust from his lumper mill into feed for his cows. More than just padding out the feed until prices drop, Batey purported that his sawdust recipe is very nutritious and that his cows eat it up happily.

Wood contains cellulose, an important component in animal feed, but it’s unfortunately covered in lignin, which gives the wood its strength and prevents its digestibility in animals. But by breaking down the lignin barrier and freeing up the cellulose, you can create a hearty meal for ruminant farm animals.

This is exactly the process carried out on Batey’s farm, and the theory behind sawdust feed has been backed up by Iowa State University. 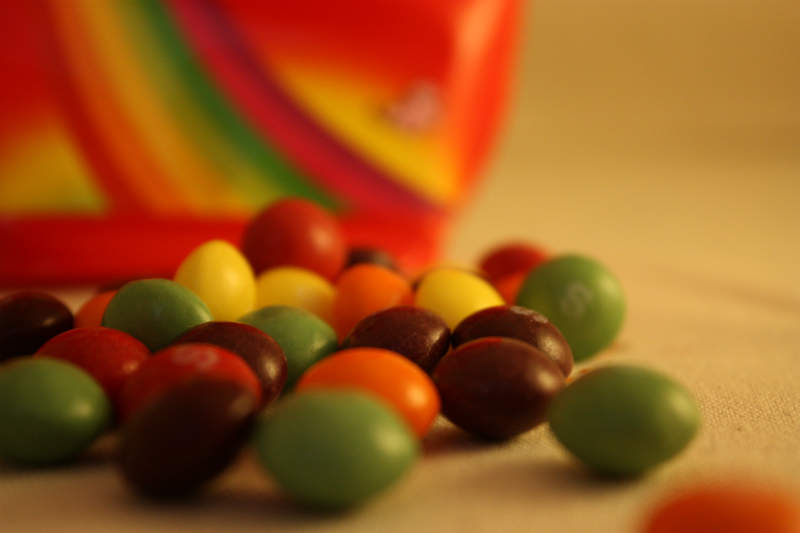 In January 2017 it was widely reported that thousands of red skittles were found scattered across a highway in rural Wisconsin, US, and it was to the shock of many that the county sheriff at the time declared that sweets were being sold to cattle farmers for use in their feed.

In fact, the practise is nothing new. A 2012 report announced that it was cheaper for farmers to buy unused or rejected sweets from factories than corn. The candy products are a very cheap source of carbohydrates for farm animals, and it’s an effective use of waste that has been through the food production process, and yet was never intended for human consumption.

Broken biscuits, offcuts of chocolate and breakfast cereals are all fairly common purchases for farmers, especially those close to factories that produce this ‘waste’ by the truckload. Concerns have been raised about the sugar content trickling down to the individual eating the cows’ produce, but because of their ruminant stomach, the sugar actually helps the cow to break down and digest the nutrients in the sweets. Their stomachs are so strong that some farmers don’t even remove the wrappers. It is important to note though, that these goods are traditionally used to pad out existing stores, rather than replacing feed stocks with mountains of chocolate and skittles.

The ‘sweets diet’ some animals are living on might not hold all the answers, but does raise the point that there are large quantities of food that are simply going to waste, a good deal more which could be ‘recycled’ into the animal feed industry.