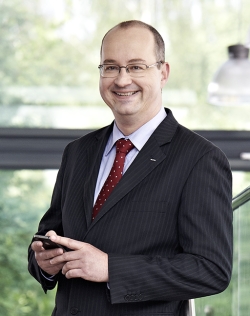 Handling food is a challenging process, especially when such sensuous products as smooth and creamy chocolate, nougat fillings or chocolate-flavoured spreads are the outcome of the process.

In the beginning there was cocoa

The Netzsch Group has 140 years of experience in the development of technologies for crushing challenging raw materials, and its machines and equipment are among the best in the world in this area. It is no accident that this is especially true for the processing of sugar and cocoa. Latin America is the mother region of cocoa and the world’s largest producer of sugar.

Exactly 40 years ago, Netzsch established a production facility in Brazil and, in the late 80s, used the first agitator bead mills to grind cocoa. In the decade that followed, it was Brazil again, as the new sales manager Theron Harbs was instrumental in promoting the marketing of product lines for efficient dry grinding. Now the well-proven plants are being used to grind coffee and sugar and to manufacture fillings.

An important strategic acquisition made this step possible: the takeover of Condux Mahltechnik in Hanau. The expanded product portfolio put Netzsch in the position to offer applications for dry grinding from that point forward, and Harbs succeeded in establishing contacts in the Brazilian confectionery industry.

Netzsch also continued to develop what had previously been the mere grinding of cocoa and after the turn of the century came the first applications for the production of compounds and chocolate. With their high level of quality in terms of efficiency, hygiene and high speed when changing products, the plants were permanently established in the South American market.

The business relationships continued to grow – first in South America, then in South-East Asia and finally worldwide. The demand from the sector for high-quality machines and equipment "Made in Germany" with know-how from Selb grew steadily. Ten years ago Netzsch Confectionery introduced the first system to the market that was specifically designed for the production of compounds and chocolate – the ChocoEasy. Both the plant design and the name still exist today, but ChocoEasy now designates the machines for the craft and very small batch sector, while the plants for industrial production are marketed under the trade name Rumba.

Since 2012 this segment has been a separate business division, which Theron Harbs manages as Netzsch Confectionery from the German headquarters in Selb. Currently included in the Netzsch Confectionery portfolio are the three processing systems for confectionery production – ChocoEasy, Rumba and Salsa. A twelve-member team deals specifically with the international support of this market segment and its customers.

Efficient systems go easy on substances, flavours and the budget

Customers in the confectionery sector benefit directly from the company’s many years of technical expertise. During grinding of the ingredients, the temperature in Netzsch machines is up to 20% lower than in comparable rival systems.

"The low heat generation is beneficial in two ways: on the one hand, it protects the basic ingredients and their flavours, which in turn benefits the taste of the chocolate and, on the other hand, it lowers the energy costs by about half of the previous energy requirement," explains Theron Harbs.

Around the world, consumers are attaching increasing importance on high-quality food made of select ingredients from indisputable, trustworthy sources and processed under optimum hygienic conditions. The rapidly changing consumer demands are seen by Netzsch as market opportunities for its customers, which it actively supports in order to be able to meet new challenges.

The success of Netzsch here is due solely to its corporate structure: "In the realm of large international concerns, we – as an independently operating, mid-sized international family business – have deliberately remained flexible," says Harbs. "That is why we can also meet demands for processing systems that are economically more efficient, which offer a high level of hygiene even with rapid production changes in order to manufacture high-quality products."

Netzsch Confectionery manufactures the machines and systems at its German locations in Selb, Hanau and Tirschenreuth as well as additional production facilities in Brazil, Russia, China and the US. The company supports its customers locally via a global sales and service network. At its headquarters in Selb, Netzsch operates a state-of-the-art pilot plant for laboratory tests using grinding and dispersing technology and offers tailor-made customer solutions ranging from comprehensive consultation to training and toll grinding to complete production plants.