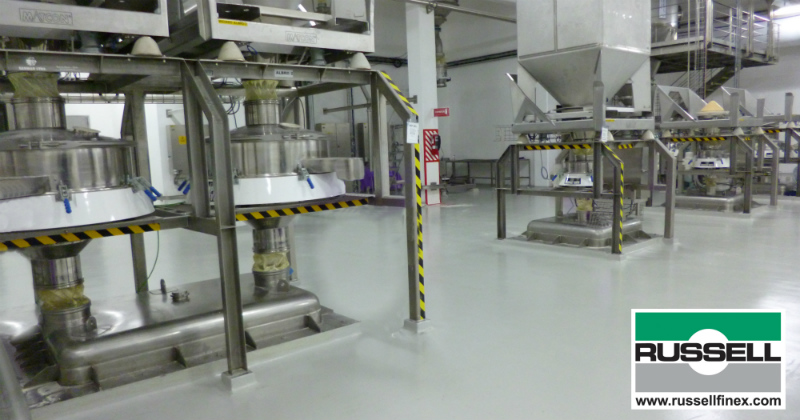 With factories or operations in almost every country, Nestlé is one of the world’s leading nutrition, health, and wellness companies. Since Nestlé first began selling in Chile in 1934, the country now provides one of the highest-per-capita consumption and sales of its products.

Nestlé’s continued commitment to developing operations in the country, and a change in society towards healthier lifestyles, has led to an increased demand of milk powder products. Russell Finex, a long term supplier to Nestlé, provided purpose-built screening solutions for the new plant.

The new factory, based in Osorno, is one of the most technologically advanced dairy factories of its kind. The facility produces a range of milk products, with added nutritional value, targeted at the domestic market and also overseas markets, including the US, Central America, the Middle East, and Asia. Having strict good manufacturing practices (GMP) and hazard analysis and critical control points (HACCP) in place, Nestlé sought only the highest quality equipment for the new factory.

Having previously worked with Russell Finex at many of its factories worldwide, there was no hesitation in choosing the company to be the supplier-of-choice for Nestlé’s screening operations in the new factory.

Maintenance manager Jaime Sanchez says: "The on-going relationship is due not only to the high-quality manufacture of all of Russell Finex’s separation equipment, but also the accompanying documentation and certification that is provided".

Traditionally, rotary sifters have been used for the screening of powders. However this method of screening presents many problems. With the impeller forcing the powder through the mesh, product quality can be compromised as very little oversize is collected. In addition, most rotary sifters are supplied with nylon mesh, which is prone to breakage. These issues have led to manufacturers using gravity-fed circular vibratory sieves as an alternative.