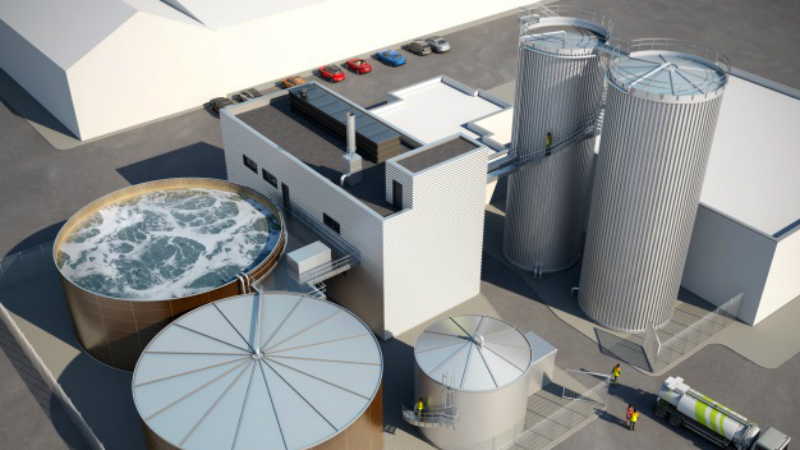 Fidel Dreher manufactures a range of juices, concentrates, and purées. As a by-product of handling apples, the facility produces approximately 136,500m³ of wastewater each year, which used to be treated in batches in an aerobic biological cleaning process and discharged indirectly via a municipal sewage treatment plant.

The new plant included the highest quality equipment using the latest technology, in line with Fidel Dreher’s company philosophy. Not only did the new features include a Biomar AHPx anaerobic high-performance reactor (complete with innovative gas discharge system), but the entire facility came equipped with fieldbus technology and its own remote access system to two separate servers.

This remote access system makes it possible to operate the plant remotely, alongside the management of information and alarms via e-mail and text message. In addition, the separate servers facilitate a clear distinction between the controls and data recording, ensuring maximum plant security in the event of a server failure.

When building the plant, the small space available posed a real challenge. It meant that both the conversion and new construction work had to take place during normal operation, with old plant parts having to be dismantled before new ones could be built in their place. To ensure safe treatment of sewage water was not compromised, the new plant was built and put into operation over three construction phases, within a time frame of seven months. It was during this period that the plant controls were permanently adapted to suit the changing conditions.

The entire plant has been in operation since October 2016. The wastewater pre-treatment takes place via drum screen and flotation, before biogas generation and a convert organic compound (COD) breakdown of approximately 90% takes place in the anaerobic Biomar AHPx high-performance reactor.

Before being discharged into the sewerage system, wastewater is treated via an aerobic activation stage with sludge separation until the requisite indirect discharger quality is achieved. Biogas obtained through this process is then desulphurised and dried. It is then used during operation to generate steam, energy, and heat via a combined heat and power (CHP) plant.

This innovative bioreactor allows up to 3600m³ of biogas to be generated on a daily basis, which equates to an output of up to 1000kW.

As the wastewater treatment plant borders directly on a residential area, great care was taken during the planning phase to ensure proper sound insulation and keep noise to a minimum. This involved all of the extracted air being treated via biofilters, and low-noise components such as soundproof ventilators and gas flares being used. In addition, the supply and exhaust air system for this plant building have been designed with soundproof technology.