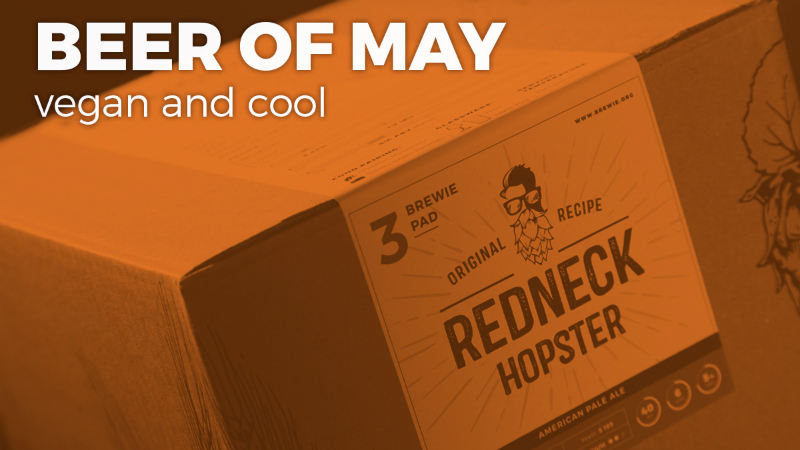 The new recipe is said to have its own personality. The APA is a popular style, developed around 1980. Its British origins did not stop it from being associated (brewed and dry hopped) with massive amounts of American aroma hops.

These beers have a great balance of malt and hops, with fruity esters, just the right amount of bitterness, and a varying diacetyl content. The British versions tend to be maltier, buttery, and aromatic, while the Americans are cleaner and hoppier. The Redneck Hopster is one of the latter, brewed with plenty of Amarillo and Simcoe aroma hops.

To say that the Redneck Hopster is handcrafted is surely not an overstatement. It will be a homebrewed beer of modern style, with a twist on the brewing process.

Beginners shouldn’t get scared by the dry hopping process. It is easy and the instructions are all written down for you. So don’t hesitate but try one of Brewie’s newest recipes.

It has a standard reference number (SRM) of six, an international bitterness unit of 40, and an alcohol-by-volume of 5%.

The APA offering will soon be available in the Brewie Webshop.