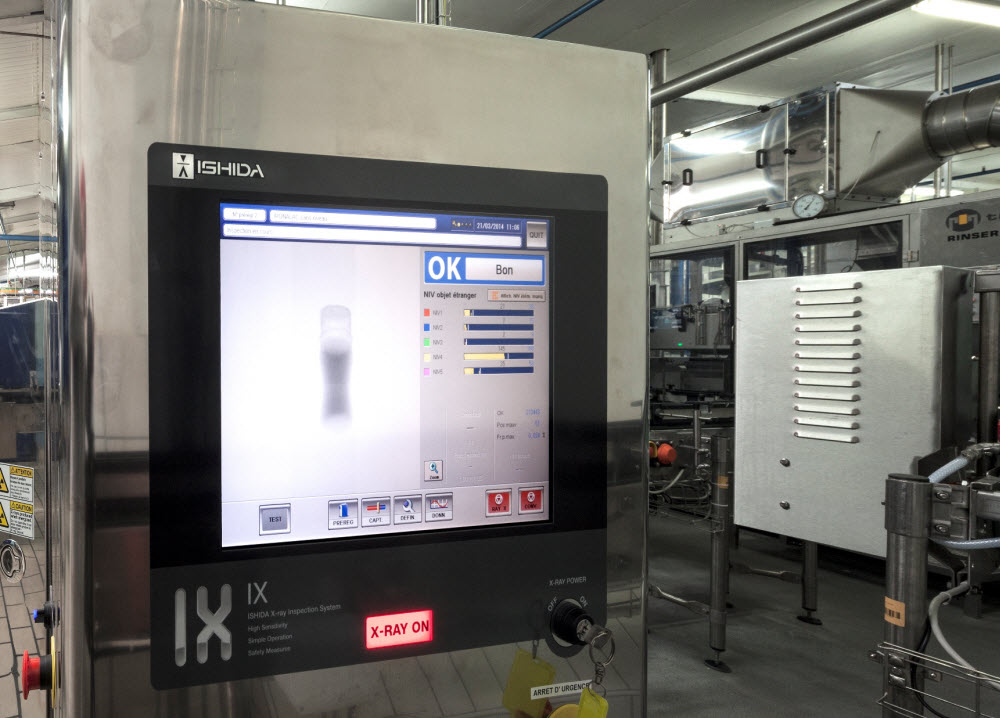 Candia is part of Sodiaal, France’s leading milk products cooperative. At its factory near St Étienne the company makes baby milks for different age-ranges up to three-years-old, each optimised for healthy progress within a particular growth phase.

In 2013, Candia decided to set up a new production line to fill baby milks into 70ml polypropylene bottles, foil-sealed but with a threaded top capable of taking a standard screw-on teat, for the export market. As part of its rigorous approach to safety, the company sought an X-ray inspection system specifically designed for monitoring liquids in plastic bottles, cartons and upright pouches.

The IX-GA-B3043 model has plenty of headroom, 310mm, in its inspection chamber for upright containers, yet the geometry of the chamber and its infeed and outfeed is such that radiation is fully contained without the need for curtains. The IX-GA-B3043’s footprint is the shortest of any side beam system on the market, making it easier to fit in when line space is limited. The system also offers automatic bottle pitch control.

Like the other models in the Ishida IX-GA range, the side beam X-ray offers excellent interaction, via ethernet or cards, with existing information systems to provide secure, retrievable records. The X-ray unit’s colour touchscreen interface is simple to learn and operate and the whole system is designed for fast, easy cleaning.

The 6-layer polypropylene bottles for Candia are made off-site and upon arrival they are trimmed and rinsed before entry into a cleanroom where they are sterilised, then presented at the filling station. The filled bottles are sealed with foil under an inert atmosphere. On leaving the cleanroom they are subjected to X-ray inspection where pack and seal integrity are checked. Labelling is also checked before they are placed in cartons and palletised. Following this the bottles remain on-site for at least three weeks in order to allow full time for thorough analysis of the results of the many tests each batch of product undergoes. The product itself has a shelf life of nine months.

The new line is producing about 6,000 bottles per hour with a high-degree of confidence.

Factory manager Gaëtan Moyroud said: "Although we record very few rejects, something of the order of seven units per 100,000 bottles, the presence of the Ishida inspection system on our line allows us to offer our customers extra evidence of our production quality."

Candia was the first company in France to purchase the IX-GA-B3043, which was launched in 2013.