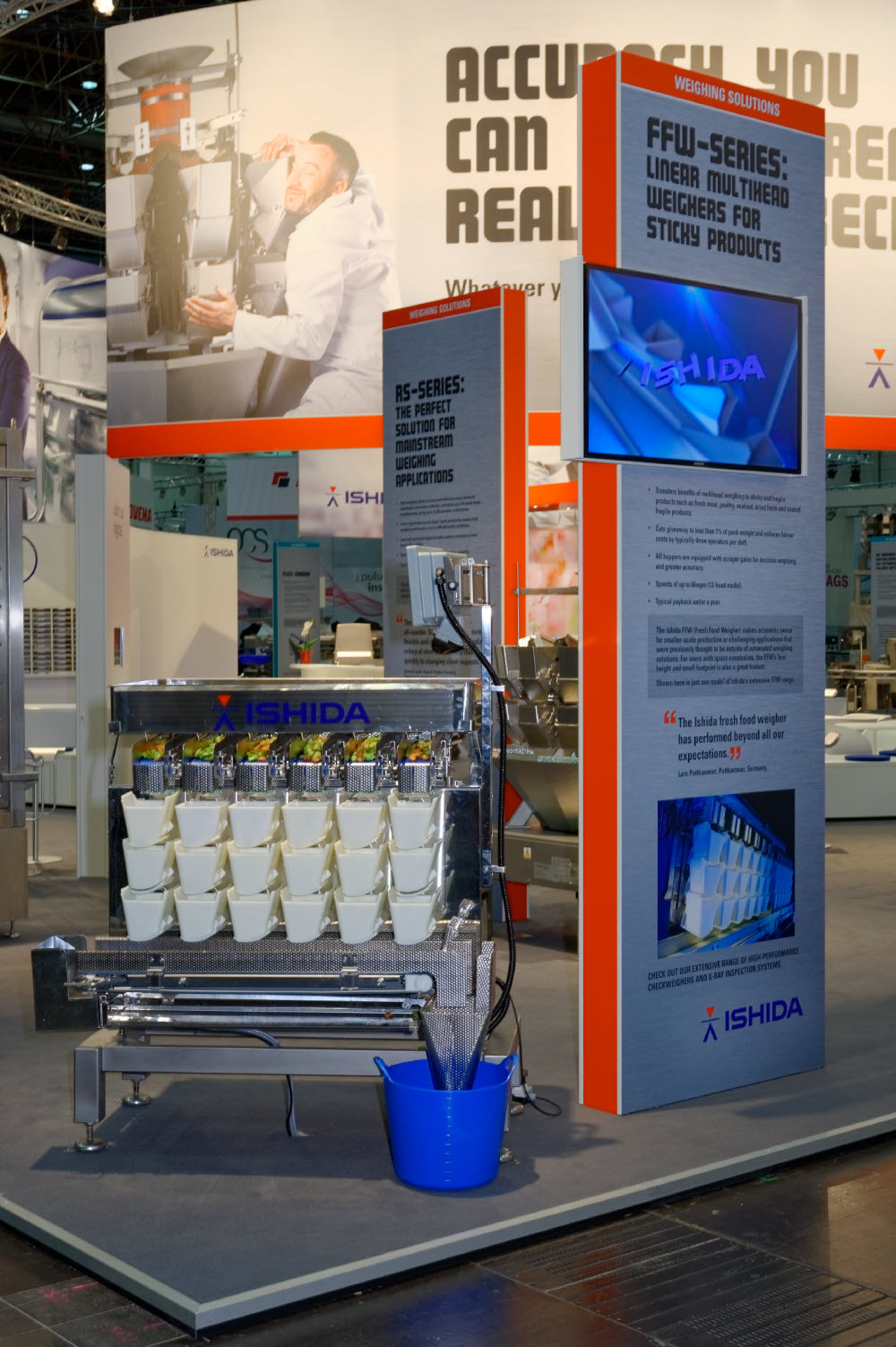 Ishida Europe will showcase a number of its weighing and quality control solutions for a wide variety of applications at the Cibus Tec exhibition from its Italian/Swiss distributor Itech at Stand G037, Hall 3, 28-31 October in Parma, Italy.

Highlights include its specialist multihead weigher for fresh, sticky products, a multihead weigher designed to handle smaller products at high speeds, and the latest developments in checkweigher and X-ray inspection technology.

The Ishida CCW-M-106 Fresh Food Weigher provides an effective solution for the handling and weighing of sticky products that are less easy to feed and control quickly and efficiently through a traditional circular multihead design, such as fresh meat and poultry and prepared fruits and vegetables. The weigher features a linear multihead design, fed by belts from an infeed table, with an operator able to adjust the flow of product so that each pool hopper receives a roughly equal amount.

The Ishida DACS-G Checkweigher is capable of exceptional speeds while maintaining high accuracy. At the touch of a button, the checkweigher can switch between two weighing ranges, allowing food manufacturers to handle more products on one machine. A unique Dislocating Force Limiter automatically disconnects the weigh sensor from the weigh conveyor should sudden excessive force be applied; for example, during clean down, protecting the DACS-G against rough handling.

The sensitivity and accuracy of Ishida’s X-ray technology means in addition to its ability to detect all types of contaminants, it is also being used for an increasing number of quality control operations such as product grading by length, presence of clips, voids in product, product deformation, missing or damaged pieces, presence of bottle caps and fill-level control.

The IX-GA-4075 on display incorporates unique self-learning genetic algorithm (GA) technology, which offers maximum detection sensitivity and reliability, detecting impurities such as metal, glass, bones, shells, stones, hard rubber and plastic down to 0.3mm in size. In addition, it is able to distinguish between ‘legitimate’ metal, such as clips or aluminium tins, while still monitoring and identifying unwanted items.