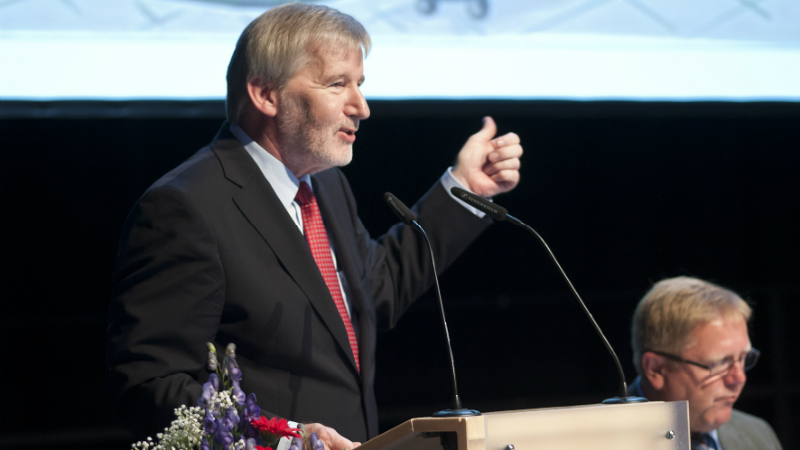 Milk processing, the number of employees, and environmental efforts have all contributed to the positive growth. Reports also stated:

Focusing on the business with industrial customers (ingredients, instant beverages, health foods) has resulted in a 21% growth in sales for the main product groups.

At the general meeting of Uelzena in Uelzen, chairman of the management board Claus-Peter Witt presented a mixed picture of the 2016 business year. Because of unfavorable market situations, the Uelzena Group was not able to maintain last year’s sales level. It fell by 6% to €526m. Contrary to this, the sales volume for the main product groups rose by more than 21% to above 211 million kg.

Sales and turnover in the strategic business fields of ingredients, instant beverages, and health foods experienced positive development. With targeted expansion of the business with industrial customers, the Uelzena Group will continue to assume a leading role in specific market segments.

Delivery of milk raw materials rose in 2015 by almost 4% to a new record high of approximately 528 million kilograms (kg). The number of employees rose by 8 to 663. According to chairman of the management board Claus-Peter Witt, milk price payments had to be reduced by 8.4 carat (ct) per kg to 29.19 ct/kg due to the poor market situation in 2015.

Nevertheless, the price was again at the national average for the fifth consecutive year. While for chairman of the board Frank Schuppert the prices were not satisfactory from the producer’s point of view, he did emphasise the Uelzena Group has developed into one of the best dairies in Northern Germany over the last ten years.

The largest product segment with a 32% share of sales has been milk powder, followed by butter and butterfat with 21%. Expanded sales volume for milk powder is the result of strategic cooperation of the four cooperatives that joined forces in the milk powder plant MTW Norddeutschland GmbH, Neumünster.

In the field of non-dairy specialty products, which includes instant beverages, health foods, and contract manufacturing, a 6% growth was generated and these segments now contribute with 21% to overall group sales.

Cheese production at the Altmark-Käserei Uelzena and as the production of sweetened condensed milk and dairy products for the delicatessen industry at the WS Warmsener Spesialitäten were cut back slightly because of market prices.

For the second time, the Uelzena Group presented a sustainability report for the business year 2015. The production at Uelzena’s sites during the last four years developed very positively and improved in terms of environmental friendliness.

Witt emphasized that an integrated business strategy aimed at sustainability does not only secure the broad acceptance of milk production but is also required for success in the industrial customer sector because an increasing number of brand producers take sustainability criteria into consideration in the selection of suppliers.