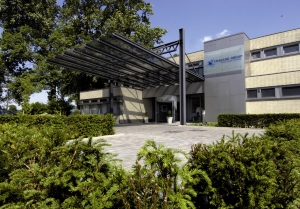 At the start of the new 2012/2013 financial year, Emsland-Stärke – an Emsland Group company based in Emlichheim – became the principal shareholder of Mecklenburger Kartoffelveredlung, based in Hagenow.

Bringing Mecklenburger Kartoffelveredlung into the Emsland Group makes sense on a matter of business and is a logical development, given the close and successful commercial relationship which the two companies have enjoyed for many years. This merger brings together the skills of both sides and strengthens the group as a whole. By summer 2013, Emsland Group will have acquired all of the shares, ensuring that the investment needed at the Hagenow production site can go ahead. The main focus will be on reducing costs and introducing more automation to increase profitability and competitiveness.

The aim is to generate maximum value from that precious commodity – potatoes. Doing this will safeguard the future of this highly specialised production facility.

We will, of course, be able to count on well-trained and motivated staff, and continued support and involvement from the business founders, to continue developing the factory. A reasonable proposal has been made to the existing potato suppliers, which involves exchanging the previous supply contracts with Mecklenburger Kartoffelveredlung for shares/supplier rights with Emsland Food.

Emsland Group is a globally active company, whose products are sold in more than 120 countries.

At Emsland-Stärke, more than 1.5 million tons of starch potatoes are processed each year at the production sites in Emlichheim (which is also the company’s head office), Wietzendorf in Lower Saxony, and Kyritz and Golßen in Brandenburg. As Germany’s largest producer of potato starch and the world leader in the manufacture of refined starch products, proteins and fibres, the group is well-established in the market.

"This merger brings together the skills of both sides and strengthens the group as a whole."

As of 1 July 2013, the operational side of Mecklenburger Kartoffelveredlung’s business will trade under the name of Emsland Food, Werk Hagenow. Retail business and energy management will remain under Mecklenburger Kartoffelveredlung’s banner. At its sites in Cloppenburg and Wittingen in Lower Saxony, Emsland Food already processes more than 500,000 tons of potatoes into high-quality potato flakes and granules. With three plants, Emsland Food will become the European market leader in the production of dehydrated potato products and will further continue to expand its market position around the world.

Integrating Mecklenburger Kartoffelveredlung into Emsland Group’s organisations and structures is consistent with the company’s long-term strategic direction and will allow for direct, customer-focused innovations.

As the source of such a rich variety of unique and innovative products, with the widest range of applications, it is the potato itself to be the guarantor of success for a strong market presence of the company.

Nonetheless, we are also looking at the future, to open up new markets. Aside from potatoes, the Emsland Group has already been processing alternative raw materials such as peas and beans for many years now. This forms the basis for the production of new starches, protein and fibre products. Natural treasures are nurtured and cherished, and processed in harmony with nature. This guiding principle is reflected in the company’s motto – "using nature to create". It means that the focus on quality and sustainability starts with the cultivation of the crops and is the reason why potatoes from this region are so tasty.

The very best this valuable crop has to offer makes its way into delicious potato products. Those products have been developed, improved and perfected by the potato specialists of Mecklenburger Kartoffelveredlung for more than 20 years. Food with the "Mecklenburger Küche" label doesn’t just taste delicious – it is also simple, quick and very easy to prepare.

Around 250 people are employed at the Hagenow production site. This is where – besides the well-known Goldpüree mashed potatoes – also potato dumplings and fried potatoes are produced under the "Mecklenburger Küche" brand name, for bigger and smaller appetites. Sales of the brand are focused around retail customers, major customers in the catering industry and private label business. The skills of the potato experts and processing specialists within Emsland Group, as well as the high-quality raw materials, are the best possible foundation for future success.