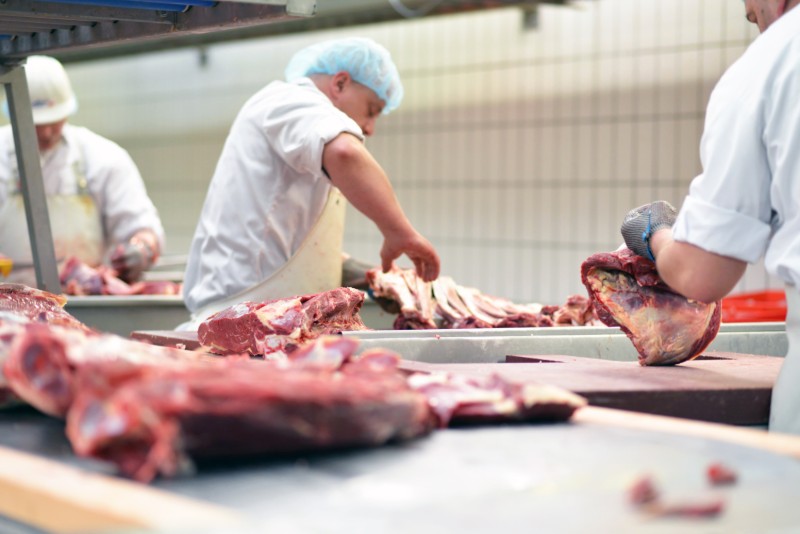 If the deal is closed, Brits will be seeing far more US fruit, vegetables and meat in their supermarkets and restaurants as soon as this year. Credit: industryviews / Shutterstock.

The UK has just entered the latest round of trade talks with the US, with food being one of the main areas discussed. If the current plans are agreed, consumers might see chlorinated chicken and hormone-treated beef on UK shelves without any different labelling to home-grown produce. Should the deal go through unchanged, Brits will be seeing far more US fruit, vegetables and meat in their supermarkets and restaurants as soon as this year. However, considering that some of the UK’s other priority trade partners use some of these practices, will the UK really suffer from importing lower quality food? Could this deal be a necessity as part of the UK’s plan to maintain economic security following Brexit?

The outcome of this second round of talks, having begun on 15 June, could potentially set a precedent for negotiations with other countries. The National Farmers Union, Which?, and other groups are calling for the integration of existing food standards into the Agriculture Bill or Trade Bill, along with a clearer message to global suppliers that the UK wants to uphold high quality and high standards food. The UK parliament states that 70% of the food consumed in the UK comes from the EU. With food trade in EU countries remaining trade-free, many EU suppliers will take their business to other, remaining EU countries.

This could see an economic impact on food imports similar to the BSE crisis over 20 years ago, when four million cows were slaughtered to contain the outbreak and British beef exports were banned by many countries for years afterwards, leading to much tighter food standards in the UK. This led to the European Union banning exports of British beef. Food and Agriculture Organization of the United Nations (FAO) says: “Uncertainty about food availability can spark a wave of export restrictions, creating a shortage on the global market. Such reactions can alter the balance between food supply and demand, resulting in price spikes and increased price volatility.”

Greencore, a manufacturer of convenience food in the UK and Ireland, said it had seen Covid-19 have ‘a dramatic and volatile impact on the shape of UK food consumption’ in the six weeks from 28 March when lockdown was at its peak, and had seen ‘weekly demand’ in the company’s ‘food-to-go categories’ shrink under 60% compared to 2019. To prevent UK farmers being undercut, one proposal under consideration is a “dual tariff” system whereby US exporters producing a batch of meat using these controversial methods are billed with high tariff upon its sale in the UK. However, it may not protect consumers from the underlying health worries of these products. Debbie Wood, executive director for membership and external affairs at Chartered Institute of Environmental Health (CIEH), says: “Despite repeated assurances, the government appears to be retracting on previous commitments. While a dual tariff system may promote better-quality food entering the country, it would still be a backdoor for what we consider low-quality food produce.”

After Covid-19 spelling trouble for large EU food manufacturers, plus the prospect of having their UK-bound exports being limited as a result of Brexit, a US trade deal may be vital in throwing the UK a lifeline to a food industry that had been thriving on both sides of the Atlantic until now. With the meat sector in the US expected to reach over $200bn, a lucrative deal that’s fair on consumer’s pocket as well as their health will be just what the negotiations are set to achieve. Even if the deal does go through as it stands, the success of it will depend on how consumers vote for quality meat with their own pockets.