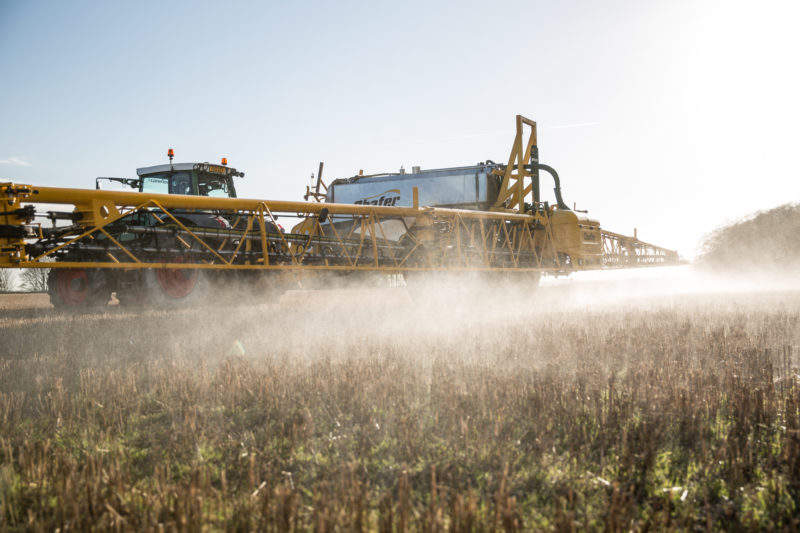 31 of the 45 samples of products tested by EWG and made with conventionally-grown oats had glyphosate levels of 160 parts per billion (ppb) or higher. Chafer Machinery

As far as jury verdicts go, they do not get much bigger than this. A San Francisco state court jury has awarded Lee Johnson – a former school groundskeeper suffering from terminal cancer – $39 million for his losses and $250 million to punish Monsanto for a design defect and failure to disclose the dangers of using its glyphosate-based Roundup brand herbicide.

Just days after this announcement, the US-based Environmental Working Group (EWG) advocacy group released a new report detailing the presence of glyphosate in several popular breakfast foods marketed to children. This is called striking while the iron is hot.

Glyphosate is everywhere, even in foods made with organically-grown ingredients

This is not the first study to report on glyphosate levels in packaged foods. A November 2016 report by Food Democracy Now! and The Detox Project found similar results.

31 of the 45 samples of products tested by EWG and made with conventionally-grown oats had glyphosate levels of 160 parts per billion (ppb) or higher, an amount EWG says is alarming. This level is a fraction of the 30,000 parts per billion level of glyphosate that the U.S. Environmental Protection Agency (EPA) allows in grains.

Both groups maintain that their allowable consumption levels are safe. EFSA announced this May that “current exposure levels (to glyphosate) are not expected to pose a risk to human health.” The EPA stated in 2015 that glyphosate is “not likely to be carcinogenic in humans.”

So which view will prevail? Only time will tell, but a multi-million dollar judgment against glyphosate suggests that the herbicide could end up on the losing side in the court of public opinion. News about the presence of glyphosate in children’s products doesn’t help either.

Consumers are especially sensitive toward health issues pertaining to children’s products, and moving the debate in this direction could be a turning point against glyphosate.

The presence of glyphosate residue in food made from oats and wheat could be news to consumers who associate glyphosate with corn and soybeans, and not grains. Farmers today are using glyphosate on grains as a chemical drying agent applied just before harvest, a practice that could increase dietary exposure. Pre-harvest application of glyphosate may account for half or more of all dietary exposure to glyphosate, per a report by Ensia.

The practice of treating crops with glyphosate just before harvest to “clean up” fields, speed up harvest, and cut costs appears to have gained significant ground in North America. This relatively new practice could change the game by exposing what appear to be questionable motives for using glyphosate that unnecessarily expose consumers to harm.

The issue is serious enough that Unilever announced last fall that it would cease sourcing ingredients made from crops chemically dried using glyphosate by no later than 2020. The announcement came after testing by Health Research Institute laboratories found traces of glyphosate in tubs of Ben & Jerry’s ice cream across Europe.

It does not appear that any other large multinational food companies have chosen to follow Unilever’s lead on avoiding crops that are chemically dried using glyphosate. Monsanto’s lawsuit loss may change that and it may not be long before food companies are forced to label for the presence of glyphosate in the interest of transparency.