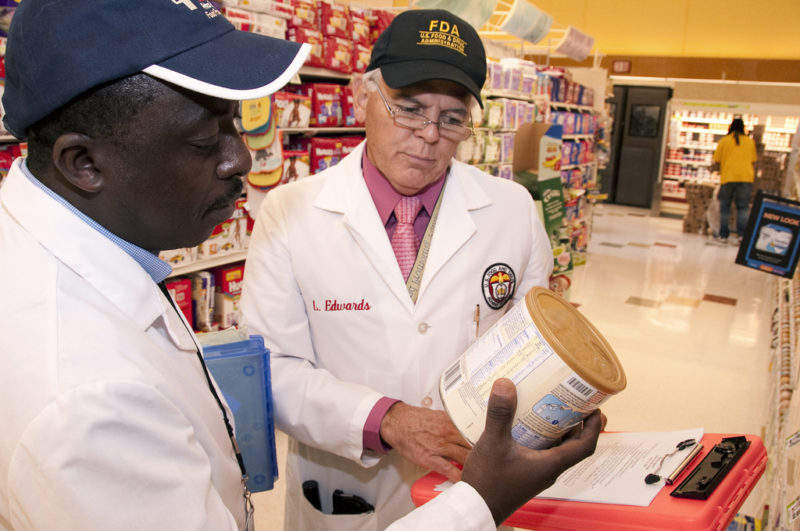 The FDA’s draft rules are primarily intended to apply to ‘serious recalls’ where consuming affected food ‘has a reasonable probability of causing serious adverse health consequences or death to humans or animals.’ Image: US Food and Drug Administration.

The US Food and Drug Administration (FDA)’s  September 26th announcement that it plans to name retailers selling food that is being recalled instead of focusing just on food manufacturers looks like a big win for food-tracking blockchain. The latter is the same technology that underpins bitcoin digital currency.

The FDA’s draft rules are primarily intended to apply to ‘serious recalls’ where consuming affected food ‘has a reasonable probability of causing serious adverse health consequences or death to humans or animals.’

A need for actionable information in time to make a difference

While this is a high bar for disclosure, the FDA’s announcement is likely to drive adoption of food-tracking blockchain technology on an industrywide scale, sooner rather than later.

In the past, the FDA has been reluctant to share the names of specific stores selling recalled food because of concerns over supplier-retailer relationships. This concern is ebbing as the FDA puts more emphasis on safety, and less on confidentiality.

Some food retailers have already climbed aboard the blockchain train. Just days before the FDA’s announcement, Walmart set a deadline of 31 January 2019 for direct suppliers of lettuce, spinach, and other greens to join its food-tracking blockchain initiative, one it calls ‘the equivalent of FedEx tracking for food.’

Greens have been especially prone to contamination as they are perishable, difficult to sanitize, and are consumed shortly after purchase. Earlier this year, E. coli contamination of romaine lettuce grown in the Yuma, Arizona region spread to 36 states, sickening hundreds of Americans and killing five, per the Centers for Disease Control. Investigators spent months trying to pinpoint the contamination source.

According to a report in The Wall Street Journal, every lettuce processor in the US took a financial hit from the romaine lettuce contamination episode including companies that were not part of the outbreak. Confusion reigned in the early stages of the outbreak as investigators struggled to identify the source of the problem.

Food-tracking blockchain should make that task faster and easier. Unlike conventional paper or electronic records which tend to be siloed and lacking in uniformity, blockchain enables real-time tracking and is encrypted and stored in a shared digital ledger.

‘Big Food’ has already been experimenting with food-tracking blockchain. Nestle, together with nine other food makers and retailers including Unilever, Tyson Foods, Dole Food, Driscoll’s, and Kroger, have conducted over a year of tests on a new blockchain system called Food Trust that is based on IBM’s blockchain technology.

Blockchain preserves one consistent history of transactions and also establishes ownership and authorship credentials that cannot be faked. It also increases the potential for more surgical food recalls by enabling trace-backs that can be run in seconds, not days or weeks. This means that food makers may encounter fewer costly blanket recalls.

Consumer awareness of breakthrough technologies like blockchain may be low, but interest in the issues that blockchain can address is high, especially for supermarkets.

High-quality fresh produce is the single most influential factor when deciding where to shop for groceries and blockchain can help ensure that fresh produce stays ‘high-quality.’

According to a GlobalData 2018 Q3 consumer survey, 69% of global consumers said high-quality fresh produce was the most influential factor in deciding where to shop for groceries. That even trumps low prices, selected by 67% of respondents.

This indicates that wide adoption of blockchain within the supermarket industry may come faster than many expect. If it does, it could give multinationals a new way to push back against local foods. Consumers tend to see “local” products as more traceable and safer than national or global products. Blockchain chips away at both beliefs.

Get ready for a quantum leap in transparency

The irony of blockchain is that its biggest impact for the average consumer may end up being enhanced food safety and transparency, not heavily hyped digital currency (cryptocurrency) used for transactions. France’s Carrefour provides a tantalizing glimpse of where this technology may take us.

Earlier this year, Carrefour announced the launch of blockchain technology for its free-range Carrefour Quality Line Auvergne chickens as well as eight other animal and vegetable product lines ranging from eggs, cheese, and milk, to salmon and ground beef steak.

Carrefour’s initiative is much more consumer-facing than anything that the Food Trust 10 appear to have planned. QR code product labels on the Carrefour products above will allow consumers to scan labels and chart the journey that each product has taken.

This may be too much information for some, but the end result is going to be a new level of transparency that few consumers could conceive of – near-total transparency.