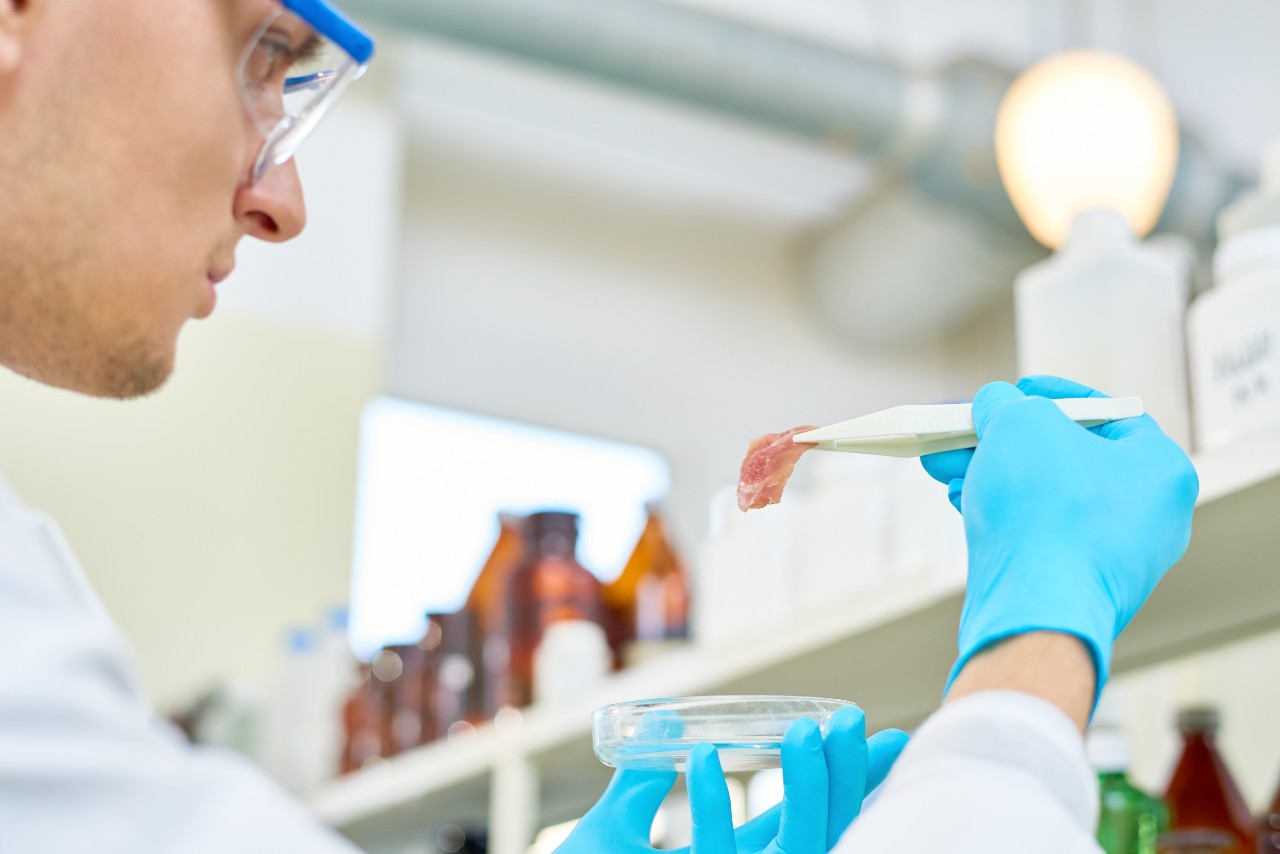 Singapore’s approval sets the precedent for other governments across the world to permit commercial sales of cellular meat. Credit: SeventyFour / Shutterstock.

The meat industry is off to a disruptive start in 2021 with the American food tech start-up, Eat Just becoming the first-ever company to have its lab-grown meat served in a restaurant. In January 2020, Singapore-based restaurant ‘1880’ introduced a combo of three-dishes made with Eat Just’s new Good Meat brand of cultured chicken.

The development comes hot on the heels of a landmark decision by the Singapore Food Agency in late 2020 to permit the commercial sales of cultured meat for public consumption – the first government in the world to do so. The regulatory approval was spurred by the government’s ’30 by 30′ initiative to achieve 30% self-sufficiency in food production by the year 2030.

Lab-grown meat, which is produced by culturing animal cells in a controlled environment, is positioned as a humane and sustainable alternative for meat from animal slaughter, with the latter factor holding special significance for Singapore as the country lacks sufficient landmass for raising cattle and other animals. Cellular meat can also appeal to consumers who are wary of the environmental impact of animal rearing, the use of antibiotics and growth hormones in livestock farming, or the risk of raw meat being a disease carrier – a fear that escalated during the Covid-19 pandemic.

Singapore’s approval sets the precedent for other governments across the world to permit commercial sales of cellular meat. With the tagline ‘good for consumers and the environment’, lab-grown meat brands such as Eat Just, Memphis Meats, and Future Meat Technologies make a compelling case for consumers to switch over from slaughter meat. While the production cost of cellular meat remains high, prices are falling in line with increasing economies of scale, which will further accelerate adoption among consumers, retailers and foodservice operators across the board. The swift rise of cellular meat can displace the fast-growing plant-based meat sector and set off ripples in the multi-billion-dollar global meat industry.