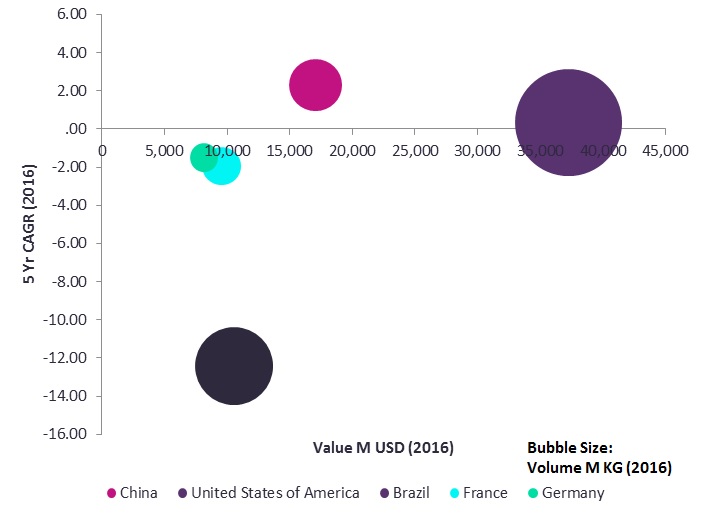 Once describing China as a “currency manipulator” and labelling them guilty of “unfair trade practices”, Trump’s administration has turned around and agreed to a ten part trade deal with China.

Chinese markets have been closed to US beef since 2003 due to the outbreak of mad cow disease – a disappointing fact for US beef producers blocked from accessing one of the largest and fastest growing protein markets in the world. China is the second largest beef market by value and the fastest growing among the five largest beef markets by value in the world according to GlobalData’s market data.

On the other side of the Pacific, the US has long banned Chinese cooked poultry due to concerns about Chinese food safety systems. In 2007 a number of pet food brands recalled products made in China after it was determined they were causing pets to become sick or die. In 2008 tens of thousands of chickens were culled due to the use of melamine in their feed, which makes both the meat and eggs toxic.

Another eight years later these concerns were partially put to rest by a 2016 Food Safety and Inspection Service (FSIS) report, which recommended that the US move forward with the regulatory process of determining Chinese cooked poultry slaughter systems as equivalent to US ones.

Though the deal lacks the magnitude of deals such as the Trans-Pacific Partnership (TPP), for some it represents a shift of the Trump administration towards the old status quo: attempts at calm and collected mutually beneficial trade deals.

These policies will be implemented over the next 100 days.