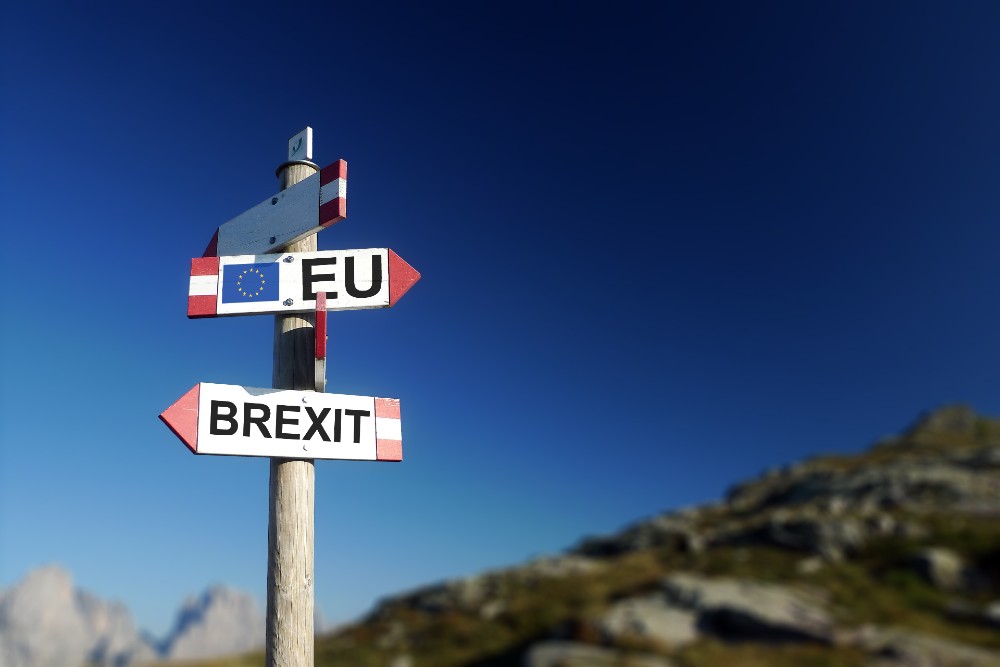 Though a deal was struck between the UK and EU in late 2020, ramifications continue to pile up. Credit: DarwelShots / Shutterstock.

In a globalised economy, viewable online in real-time, it is easy to think of trade as some ethereal structure that just happens. The 2020 pandemic did a lot to challenge that idea, with supply chains affected early on leading to shortages and complications unforeseen. More recently, the Evergreen ship’s less-than-ideal navigation of the Suez Canal also served as a reminder that whatever the spreadsheet says, the numbers are all contingent on material actions and consequences, getting goods from A to B. In Britain’s pursuit of customs autonomy, further disruption has been caused. Though a deal was struck between the UK and EU in late 2020, ramifications continue to pile up. These take for form of falling export volumes of dairy products to the EU, confusion among small business owners and the relocation of company headquarters away from the UK to EU nations. The UK is attempting to offset losses by boosting non-EU trade, but the scale of the goods in question makes that a big ask.

The FT reports that UK exports of beef to the EU in February were only 25% of what they were the previous year. The UK Food and Drink Federation (FDF), which have publicly complained about the ‘increasingly burdensome post-Brexit bureaucracy’, state that food and drink exports to the EU were worth £1bn in February 2020 and worth just £578m in February 2021. The federation claims that one of the biggest problems isn’t the new rules per se, but rather the contrasting interpretations of the rules on either side of the new border. Importers of dairy are said to be held up by different country’s officials demanding different types of paperwork. The UK has tried to limit the damage by unilaterally extending the ‘grace’ period for certain goods, basically giving couriers the benefit of the doubt at customs checks. However, now that the deal has been fully ratified by the EU parliament as of 26th April, such practices will be harder to justify.

PMs hope that CANZUK could save the UK from further losses

CANZUK, an acronym for Canada, Australia, New Zealand and the UK, has been touted as a potential next step in Britain’s post-Brexit foray. UK Prime Minister Boris Johnson has vocalised support for an anglophone alliance, even going so far as to brandish Tim-Tams (a popular Australian biscuit) in a national press conference. The UK prime minister also hired former Australian Prime Minister Tony Abbot as an official trade adviser. The notion of an alliance between the UK and these commonwealth countries may have something to it, with the Conservative Party in Australia voicing support for such a move. However, fewer tariffs with countries on the other side of the planet will come as small recompense for UK dairy farmers who have seen sales of cream to the EU drop by 96% year on year (YOY).

The initial shocks from Brexit on trade have been somewhat obscured by the pandemic, causing problems greater than new trade barriers. However, with over 50% of the UK population having been vaccinated against Covid-19 and the final ratification of the Brexit trade deal now done, 2021 will likely give a clear image of the future of problems that are temporary and problems that may need renewed attention. Bodies like the Federation of Small Business (FSB), the UK Food and Drink Federation and others will have to make the case that their lost trade with the EU is more important than potential future trade with the anglophone world.